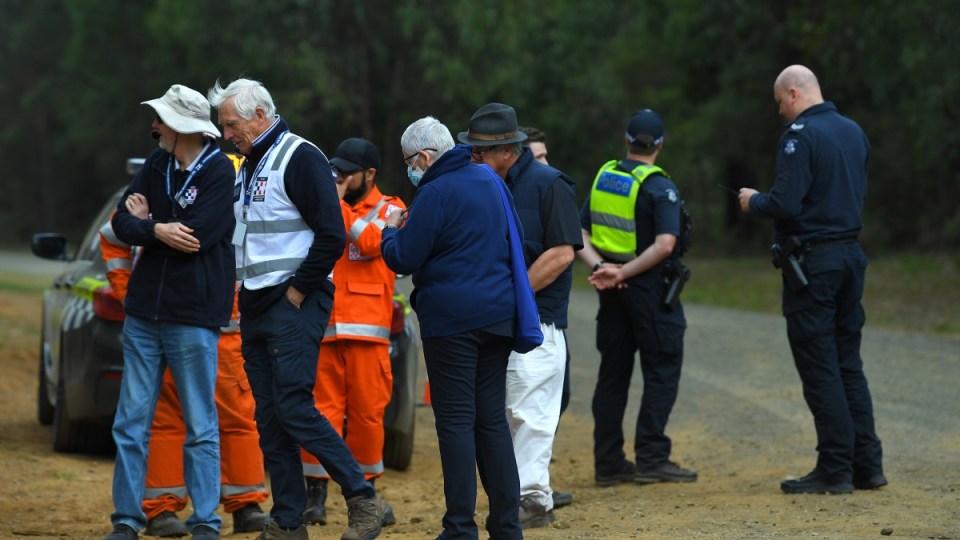 Police have found the wreckage of a helicopter that crashed north of Melbourne on Thursday, with five people on board.

A search was launched earlier in the day after a helicopter went missing while travelling with another in a convoy near Mount Disappointment, about 80 kilometres north of the Victorian capital.

On Thursday afternoon Victoria Police confirmed they had found what was thought to be a crash site, and were preparing to winch rescuers down into the dense bushland.

“Police have located what is believed to be an aircraft wreckage on Mount Disappointment this morning,” they said.

The wreckage was found near Blairs Hut, north-west of Mount Disappointment, on the fringes of the Great Dividing Range.

Police said they believed the chopper was carrying a pilot and four passengers. The fate of those on board is not yet known.

A ground search of the area was due to start later on Thursday. The wreckage is in bushland so dense emergency authorities can access it only from the air.

Earlier, local search and rescue crews were dispatched and a command post set up at Mount Disappointment.

The area was covered in low cloud early on Thursday, as well as smoke from bushfire burn-offs.

The ABC is reporting that the helicopters were operated by a private charter company.

The second helicopter landed at Mangalore Airport, in central Victoria, with four passengers and two staff on board about 9.15am.

The Australian Transport Safety Bureau is also investigating. It is sending a team from its Canberra and Melbourne offices with expertise in helicopter operations and maintenance, and aerospace engineering, to the site.

They will inspect the wreckage and site surrounds before retrieving any relevant components to take them to Canberra for further examination.

The ATSB will also analyse any recorded data and conduct interviews with those who have knowledge of the flight.

A preliminary report from the watchdog is expected in about six to eight weeks.

Brace for Tuesday … and the RBA’s latest interest rate hike

Ash Barty honoured as NAIDOC’s person of the year