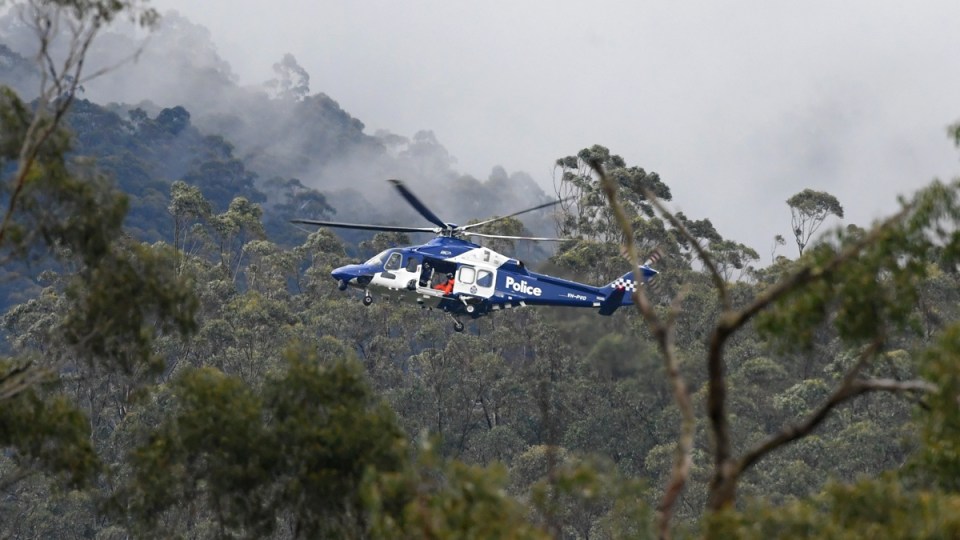 The crash site was found in dense bush on Thursday afternoon. Photo: AAP

Five people have died after a helicopter crashed in rural Victoria, north of Melbourne, in one of the state’s worst civil aviation disasters in decades.

Police confirmed four passengers and the pilot died at the scene after crashing at Mount Disappointment on Thursday morning.

The five people included four men and one woman aged from 32 to 73.

Three were from Victoria and two from New South Wales.

The helicopter was one of two that left the Melbourne CBD, flying in convoy over Mount Disappointment on its way to Ulupna near the Victorian/NSW border.

Police Air Wing found the wreckage in the vicinity of Blair’s Hut about 11.45am, with authorities later confirming none survived the crash.

The Australian Transport Safety Bureau is also investigating and sending a team to the site from its Canberra and Melbourne offices with expertise in helicopter operations and maintenance, and aerospace engineering.

The experts will inspect the wreckage and site surrounds before sending any relevant components to Canberra for further examination.

The ATSB will also analyse any recorded data and conduct interviews with those who have knowledge of the flight.

A preliminary report from the watchdog is expected in about six to eight weeks.

The operator of the helicopters, Microflite, said the company would co-operate with an investigation into the cause of the crash.

“I extend my deepest condolences to all affected by this incident who we are supporting through this very difficult time,” executive general manager Rod Higgins said in a statement.

The second helicopter, also believed to be carrying four passengers and a pilot, landed at Moorabbin Airport in Melbourne’s south-east about 2pm.

Mount Disappointment was the site of a major search operation in 2020 for autistic Victorian teenager William Callaghan, who was found alive after spending two nights missing in the bush.