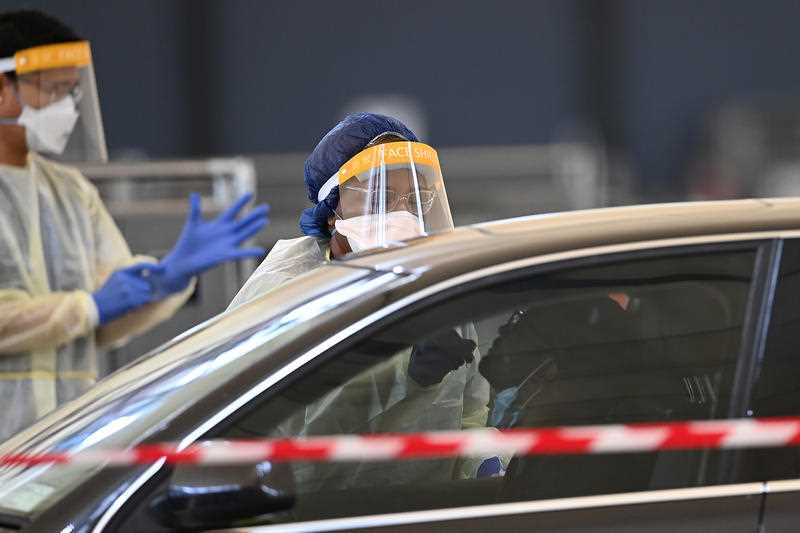 Victoria has reported 6879 more COVID infections and 18 deaths, with more than 40,000 active cases across the state.

Tuesday’s infections were made up of 5380 from rapid antigen tests and 1499 from PCR lab tests, the health department said.

The number of people in hospital with the virus in Victoria has also risen. It was up by 28 from Monday, with 255 infected people admitted.

Of those patients, 41 are in intensive care and five on ventilation.

Some 59 per cent of Victorian adults have received three vaccine doses.

The latest figures come on the final day Victorians can get paid for taking a PCR test and isolating while awaiting the result.

The Victorian government is scrapping its $450 COVID-19 isolation payment, which it said had been rendered unnecessary by increasing rapid antigen test supplies.

More than 1.2 million payments worth about $545 million have been approved since the isolation payment system began in July 2020.

Final claims must be submitted before 9am on Wednesday and involve a PCR test taken on Tuesday or earlier.

‘It means so much’: Celebrities share their abortion stories after Roe v Wade
Victorian workers back to offices in CBD ‘boon’
Today's Stories