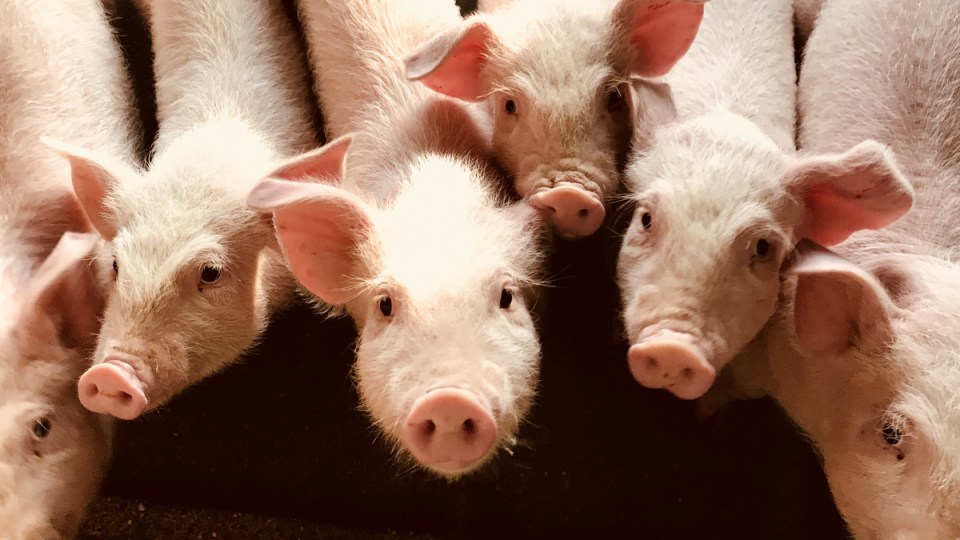 The illness, so far been detected only in pigs, can jump the species barrier and infect humans. Photo: AAP

Victorians are being warned to watch for symptoms of Japanese encephalitis, a trans-species illness so far detected only in pigs.

There are no confirmed cases of the virus strain in humans yet, but authorities warned that the disease can move easily from animals to infect people.

Evidence of the strain has been found in pigs in Echuca, in New South Wales near the Victorian border, as well as in southern Queensland.

Chief Health Officer Brett Sutton warned that symptoms of the disease  in humans can vary from from mild to life-threatening.

“Most people with Japanese encephalitis will have no or very mild symptoms, but anyone who develops a sudden onset of fever, headache and vomiting should see their doctor immediately,” he said in an update issued on Sunday.

“People with these symptoms can deteriorate over just a few short days, including suffering a loss of co-ordination, disorientation, generalised weakness and in some cases issues with movement which can last for years.”

The virus is spread through mosquito bites and those in regional areas  in contact with pigs may be at particular risk.

Anyone working or camping in country Victoria is being warned to use mosquito repellent and cover up with loose-fitting clothing.

Older people and those aged under five who are infected are at higher risk of developing serious illness.