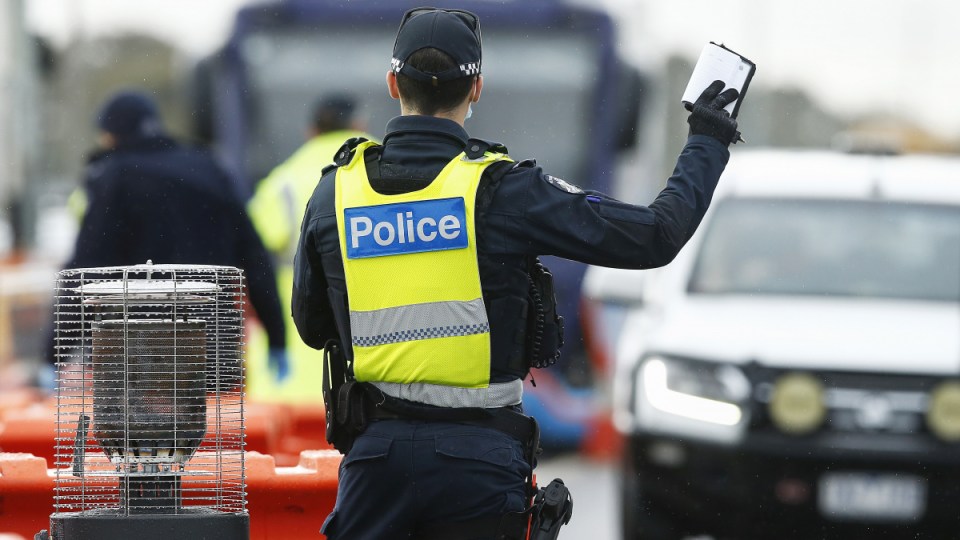 The officers must be re-sworn in before they can perform their duties, the chief commissioner says. Photo: Getty

More than 1200 Victorian police officers have been wrongly sworn in over the past eight years due to an administrative bungle, casting doubt over thousands of police matters.

Chief Commissioner Shane Patton said on Thursday he was recently given legal advice informing him of a legislative error in the Victoria Police Act.

The error means that from July 2014 to August 2021 deputy police commissioners were appointing acting assistant commissioners without the required powers.

Those acting assistant commissioners then swore in a number of graduating police officers.

However, under changes to the Victoria Police Act in 2013, acting assistant commissioners needed to be appointed by the chief police commissioner or a deputy commissioner who had been delegated the authority.

Due to the error, 1076 police officers, 157 protective service officers and 29 police custody officers have been wrongly sworn in by acting assistant commissioners.

The mistake could mean police officers have been making arrests and issuing charges without the powers to do so.

Affected police members were being contacted on Thursday, with Victoria Police saying it was moving to “urgently swear in these officers again over the coming days and weeks”.

Mr Patton said officers would have to be sworn in again before they could perform their police duties, with 660 to be re-sworn on Thursday.

“This is an oversight, it’s an administrative oversight, it has some significant consequences for a short period of time,” he said.

The Victorian government is moving to urgently amend the legislation to fix the error, with the laws to be introduced at the next sitting week.

Police Minister Lisa Neville said the laws would be retrospective to rectify all previous decisions, including arrests and charges issued by wrongly sworn-in police officers.

“We’ve got to get this right, it will rectify all that and all those matters will stand,” she said.

“Now someone in the meantime might try to contest, but with the support of the opposition … we’ll get this through very quickly and it won’t really be an opportunity for people to have any matters overturned.”

Mr Patton said it was a “case by case analysis” as to whether people could contest arrests or charges by unsworn police officers.

“If someone wants to contest a matter, we would adjourn it and step through and analyse the specifics of that,” he said.

“It may be that an officer, who comes within the scope of what we’ve been discussing here, is with another police officer who is not so affected and therefore the arrest may be totally valid.

“There’s a whole range of scenarios.”

Ms Neville said there were checks and balances for some cases. For example, family violence safety notices had to be approved by a sergeant, so they would “still have validity”.

Opposition police spokesman Brad Battin said the Coalition would support the laws if they were “solely designed to fix this error and protect Victoria Police”.

“If Daniel Andrews and his ministers put forward a piece of legislation which is just designed to retrospectively protect Victorian police here in the state, we will support it,” he said.

“If the government put anything else in there, we’ll have that discussion with them.”

The Police Association of Victoria said it would support members affected by the error and ensure their legal and industrial rights were protected.

IBAC and the Director of Public Prosecutions have been notified.