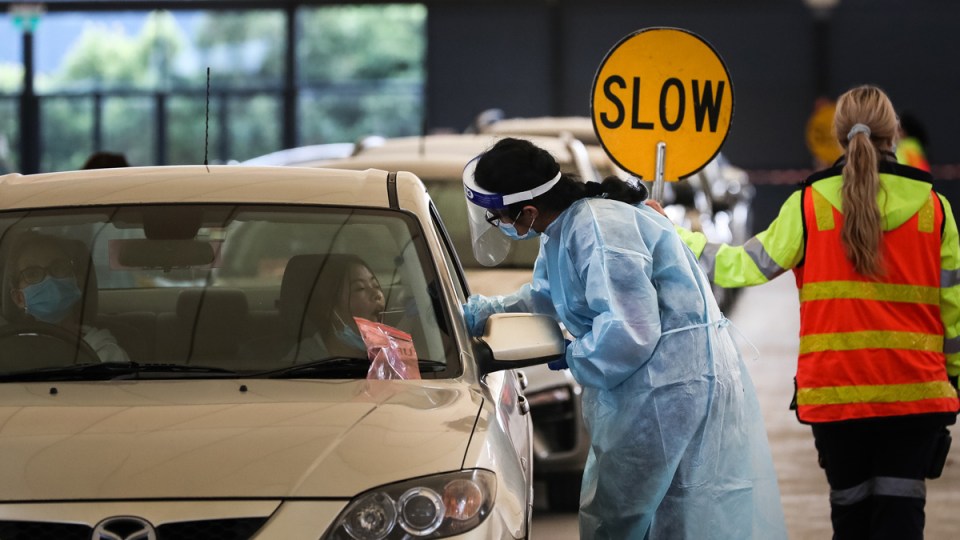 As more than a million students return to school, Victoria is being warned COVID-19 case numbers will begin to climb again, just as infections were trending down.

The state recorded 10,053 new COVID-19 infections and another eight deaths on Monday, 3568 from PCR tests and 6485 from rapid antigen tests.

The total number of active cases in the state has dropped to 76,335, while hospitalisations with COVID-19 have fallen by 16 to 873 patients.

There are 102 people in intensive care, nine fewer than on Sunday, with 33 of those on a ventilator.

Health Minister Martin Foley said the state “seems to be coming off the peak” of its Omicron COVID-19 outbreak.

However, he warned Victorians to “tread carefully” as case numbers will rise with students and teaching staff heading back to school.

“With a million kids moving around and coming back to school, with significant numbers of tests underway, we’re likely to see a whole heap of cases that we’re unaware of being identified,” he told reporters on Monday.

“So we’re likely to see case numbers go up.”

The state government is “strongly” recommending primary and secondary students and staff to undergo twice-weekly rapid antigen tests at home before school, with those at specialist schools asked to test five days a week.

Six million RATs were delivered to schools by Monday, enough for a fortnight, with 14 million tests to arrive over the first four weeks of the term.

Additionally, 51,000 air purifiers have been delivered to government and low-fee independent schools, after the rollout faced supply chain issues.

However, he warned schools were in for a bumpy first few weeks.

“There will be challenges and there will be bumps over this first few weeks and that’s why this surveillance testing program is just so important,” he said.

About 38.9 per cent of Victorians aged over 18 have received a COVID-19 booster, after 16,298 doses were administered at state clinics on Sunday.

Mr Merlino encouraged parents to get their children vaccinated “as quickly as possible”, as he said about 44 per cent of those aged five to 11 have received one jab.

Meanwhile, opposition leader Matthew Guy has called for the state government to “guarantee” the school year will not be interrupted.

“I don’t see anything in the distant future that should threaten the reopening of schools,” he told the hearing on Monday.