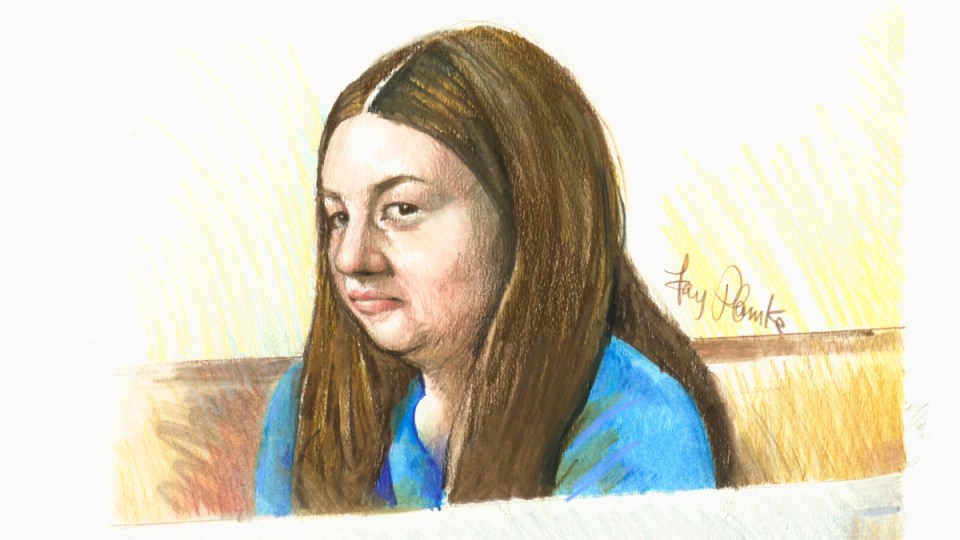 After dousing her husband in petrol and setting him on fire, Angela Surtees told emergency services he had suffered “superficial” burns.

Daniel Surtees could be heard crying out in pain in a recording of a triple-zero call made by his wife on January 25, 2019.

Surtees had wanted her husband to fear he would catch on fire when she poured a red jerry can of unleaded petrol over her 36-year-old husband as he sat in an armchair in their Geelong home’s enclosed porch sunroom.

She lit a cigarette lighter and then the fumes ignited.

Daniel Surtees suffered burns to 80 per cent of his body and died in hospital the following day.

Surtees pleaded guilty to manslaughter on the basis she committed an unlawful and dangerous act by lighting the cigarette lighter in close proximity to the fuel.

She told the triple-zero operator that she had accidentally spilled the fuel over her husband during an argument.

They’d been at an engagement party earlier in the day and an argument in the car on the way home continued when they returned to their Whittington property.

“There was a big bottle of lawnmower petrol that spilled and ignited while he was lighting a smoke,” she said in the call, played in the Victorian Supreme Court on Thursday.

“He’s got superficial peeling on his skin and secondary on his hands.”

A man driving past pulled over after seeing the smoke and saw Mr Surtees naked and in pain on the front lawn. His clothes were still burning nearby.

In a letter, Surtees told the court that part of her died when her husband did.

“I’ll be a prisoner of grief for the rest of my days,” she said.

Justice Andrew Tinney criticised the letter, noting neither it nor her police interview mentioned the trauma she inflicted on her husband.

He said she snacked through the interview.

“There’s no crime in that, but she did not come across as being a very distressed person at all,” he said.

But her lawyer says she described her actions as catastrophic and “cataclysmically stupid”.

Her distress was “palpable” in a second interview, he said, saying she was struggling to accept what had happened.

More than a dozen of Mr Surtees’ family members shared the devastation his loss had caused them.

His eldest daughter described him as a fiercely protective “classic Aussie larrikin” who loved to cook.

He would miss her high school graduation, giving embarrassing speeches at milestone birthdays, her career, wedding and grandchildren.

“All the special moments to come in my future — my heart will be hurting,” she said.