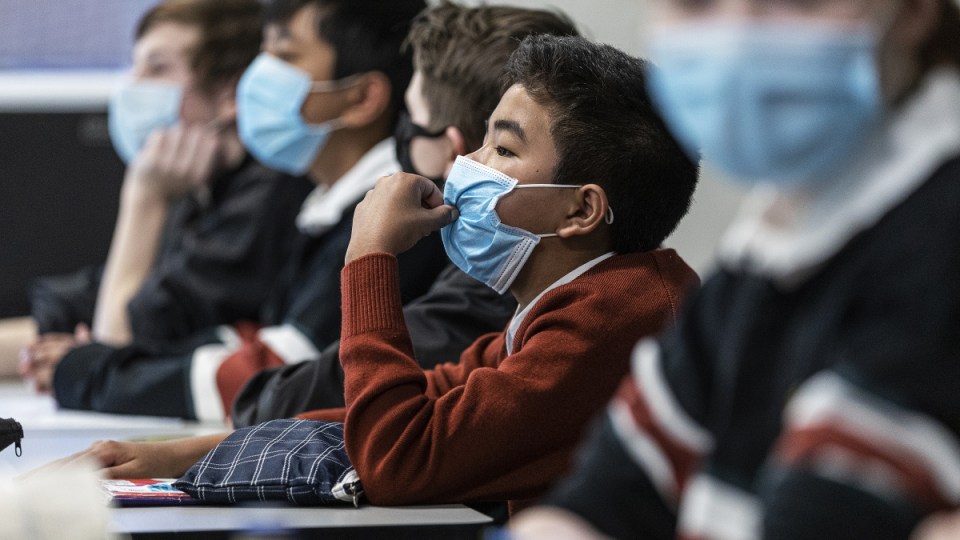 Victoria has recorded 11,695 COVID-19 cases and 17 deaths, as the state government vows schools will return to remote learning only  as a last resort.

The new infections, confirmed by the health department on Monday, were made up of 4488 from PCR tests and 7207 from rapid antigen tests.

Monday’s overall daily case figure is the lowest recorded in Victoria since January 3, when 8577 infections were added.

It brings the total number of active cases in the state to 186,073, which includes 998 people in hospital, down four from Sunday’s figures.

The number of Victorians in intensive care sits at 119 and there are 47 people on a ventilator.

It came after the state government unveiled its back-to-school plan ahead of students returning to classrooms from January 31 amid the Omicron wave.

It will feature a four-week rapid antigen test scheme, with students and staff asked to get tested twice a week before school.

Premier Daniel Andrews said the regime would shut down chains of transmission, although more cases were inevitable once students returned.

During Victoria’s six COVID lockdowns, hundreds of thousands of students studied from home for more than 150 days.

Education Minister James Merlino said COVID-hit schools would only return to remote learning as a short-term “last resort” from now on.

A similar return-to-school plan was announced in NSW, after collaboration between the two states.

Federal Employment Minister Stuart Robert told ABC TV that Victoria and NSW had “set the stage” for other states to follow.

Unlike NSW, a third vaccine dose will become compulsory for Victorian school and early childhood staff by February 25, or within three months and two weeks of having their second jab.

Other measures to keep schools open include air purifiers, mandatory indoor masks for students in grade three and above, relaxed isolation rules for asymptomatic staff identified as close contacts, and a replacement worker pool.

AEU Victorian branch president Meredith Peace said the strategy struck a balance between getting kids back to school and the health and safety of staff and students.

But she stressed to school communities and parents that it won’t be a “normal” school year and to expect disruptions.

“It could ultimately mean that we have groups of kids within schools who are home isolating, and the possibility of some schools being closed for short periods of time,” she told Nine’s Today.