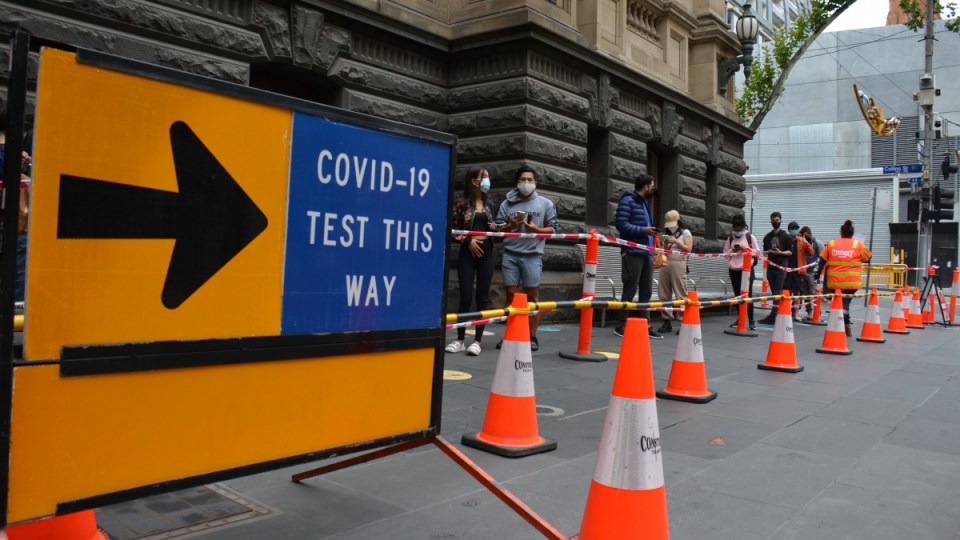 The new infections confirmed by the state health department on Monday came from 12,059 PCR tests and 10,370 RATs.

It brings the total number of active cases in the state to 245,040, including a record 1229 patients in hospital.

Monday’s patient number is a 115 increase on the 1114 reported on Sunday.

The number of people in intensive care has grown by seven to 129 with 38 on ventilation, three more than the previous day.

The figures come as the state government on Sunday received three million of the 44 million RATs it ordered.

Premier Daniel Andrews said the three million tests would be distributed to essential workers in health and aged care, disability and emergency sectors.

Victorians with pre-existing conditions, which make them susceptible to severe illness, will also be prioritised for a RAT.

Sixty community and multifaith organisations will also receive a share of the tests.

The state will also on Monday begin transferring the first of up to 300 patients to two new medi-hotels to free up hospital beds.

Two Melbourne quarantine hotels – Pullman on Swanston and Mantra in Epping – have been transformed into medical facilities to treat virus patients.