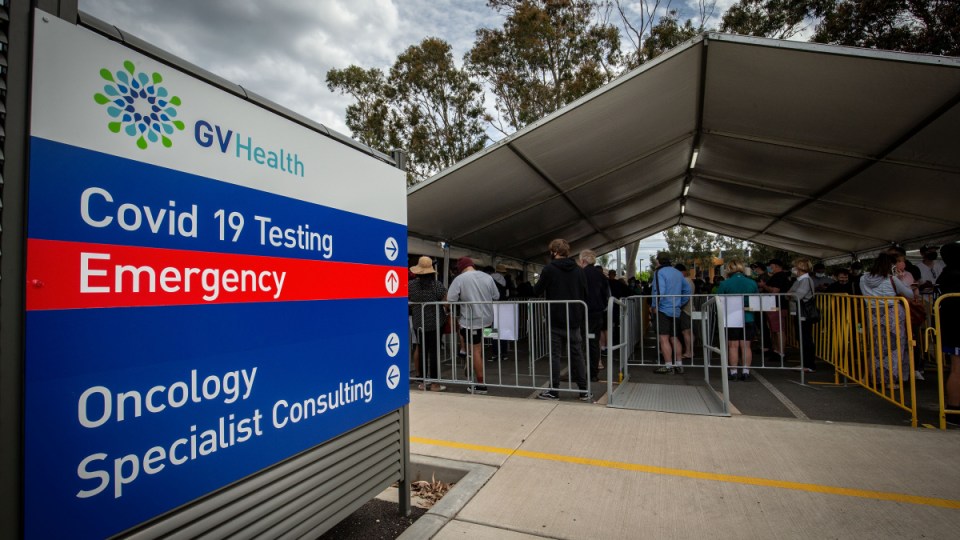 Victoria has reported another 34,836 COVID infections and 18 deaths, as questions linger about rapid test supply to allow more workers to be freed from isolation.

Friday’s infections include 15,440 from rapid tests and 19,396 from PCR tests, the health department confirmed.

There are a record 976 patients in hospital, up 23 from Thursday. They include 112 in intensive care, of whom 30 require ventilators.

The number of Victorians 18 and over who have received their booster vaccine shot has risen to 21 per cent.

It came after Premier Daniel Andrews announced that the list of workers exempt from isolating as close contacts will be broadened from midnight on Tuesday, to include those in emergency services, education, critical utilities, custodial facilities, transport and freight.

Health care, food distribution, manufacturing, packaging and retail supermarket workers are already exempt, while state government project workers will not be included in the list.

Workers must first notify their employer when they become a close contact and both parties must consent to the worker returning to the workplace.

They can then return to work only if “it is necessary for continuity of operations” and will not be allowed to go out and socialise outside work.

Exempt workers must wear a face mask at all times and undertake daily rapid tests for five days, with a negative result before attending work. Employers are expected to provide RATs to employees.

Mr Andrews said Victoria was expecting to receive about two-and-a-half million RATs from the national stockpile, and has ordered another 44 million.

But the federal government did not announce any allocation of free rapid tests to states or territories after Thursday’s national cabinet meeting.