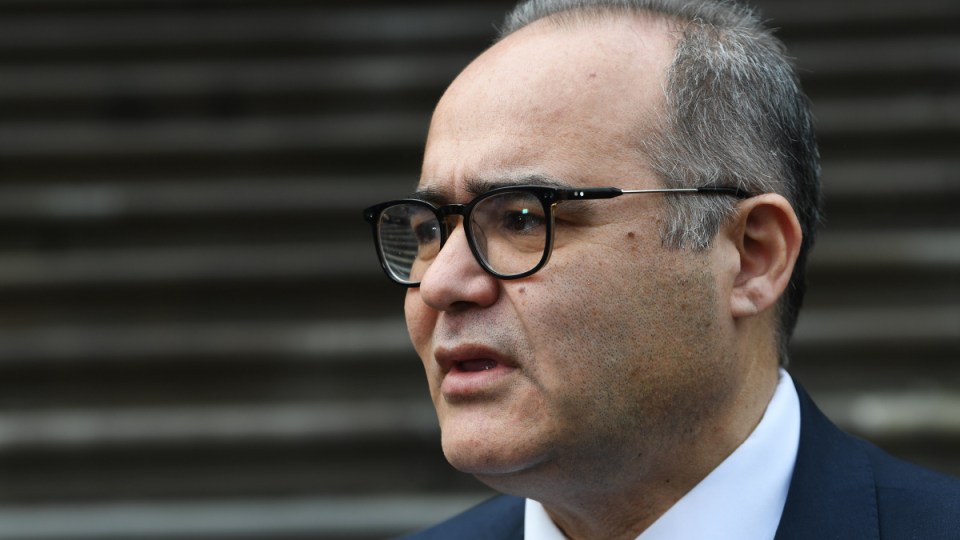 Disgraced Victorian former Labor MP Adem Somyurek says he will vote against the state government’s pandemic bill, after his parliamentary suspension was lifted allowing him to take part in the vote.

Debate on the Public Health and Wellbeing Amendment (Pandemic Management) Bill is set to resume on Thursday but a final vote may come as late as Friday, with MPs advised parliament could sit an extra day.

But the return of Mr Somyurek – who quit the party before he was expelled for leading a widespread branch-stacking operation – after he proved his COVID-19 vaccination status, opens the door for him to cast the deciding vote.

In an opinion piece published in the Herald Sun, Mr Somyurek said he planned to vote against the bill.

The current bill gives too much power to the state government and its leader, Premier Daniel Andrews, it lacks independent oversight and “appropriate mechanisms” to scrutinise the new powers, he argued.

“I will not support this bill in its current form, and I would encourage the government to go back to the drawing board and consult more broadly,” the MP wrote.

A no vote by Mr Somyurek would result in a tie, meaning the bill would have to be reintroduced in parliament’s lower house.

“The numbers are very close at the moment. If Mr Somyurek was to appear, the vote would be 19-19 so it would fail,” she said.

The Reason Party leader said the disgraced MP may have decided to present his vaccination status to attend parliament “for some payback against his party colleagues”.

Victoria’s current state of emergency expires on December 15 and cannot be extended.

The bill has become a lightning rod for anti-lockdown and anti-vaccination groups, who have occupied the steps of state parliament this week.

On Monday, they gathered around a wooden gallows chanting “Freedom”, “Traitor”, “Kill Dan Andrews” and “Hang Dan Andrews”, as an inflatable doll depicting the premier was thrown onto the structure.

On Wednesday night, Victoria Police confirmed they had spoken to the driver of the black Toyota LandCruiser that was towing the gallows.

The 48-year-old man from Badger Creek was issued a warning for traffic offences.