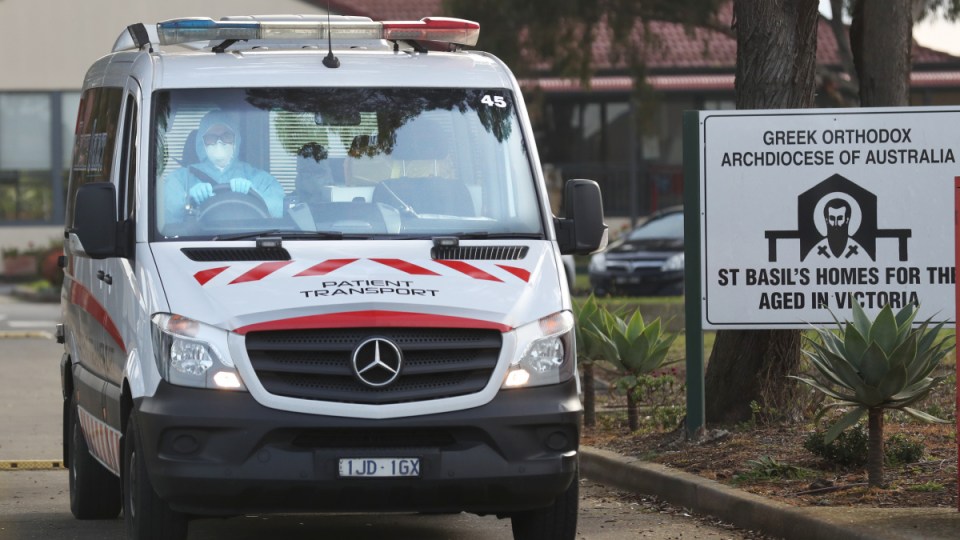 A private aged care staffing provider struggling to fill shifts at a COVID-19 infected Melbourne nursing home described the situation as “not a pretty picture”.

St Basil’s Home for the Aged lost all of its staff after they were declared close contacts in July last year, during an outbreak that claimed the lives of 45 residents.

An inquest into their deaths by Victorian State Coroner John Cain has heard the temporary surge workforce should have been three times regular staffing levels.

But at a minimum the Fawkner facility needed 66 staff to fill regular shifts from July 22 last year.

Neil Callagher, who headed up the Commonwealth’s Aged Care COVID-19 Implementation Branch, was charged with finding replacement staff and turned to Aspen Medical under a multi-million dollar government contract.

He said he understood from communications with Aspen Medical on July 21 last year that they had capacity to assist with staff at St Basil’s, but then said quite late in the day that turned out not to be the case.

“I appreciate it’s not a pretty picture. We’ll be back on deck early tomorrow to try and pull people to serve St Basil’s,” an Aspen Medical staffer told Mr Callagher in an email at 6.30pm.

He wanted Aspen to continue working through the evening to fill shifts due to start at 7am.

“To me, in the circumstances, that was unacceptable given the nature of the contract and the services that we expected them to provide,” Mr Callagher told the inquest.

Earlier he said the Commonwealth had struggled to find staff, with agency workers becoming increasingly reluctant at that time to work at COVID-19 positive sites.

He said a $300 sign-on bonus being offered was inadequate, adding other aged care providers without COVID-19 cases were also offering bonuses.

Mr Callagher said he pushed on with the task “no matter how difficult” despite his own personal views that the decision, by the Victorian government, to replace all staff was the wrong one.

He favoured a commonwealth push for Victoria’s Department of Health to identify capacity at hospitals to reduce the number of residents at St Basil’s “to give them a fighting chance”.

“Our concern was about not just our ability to make up the actual number required but the actual type of staff that would be required, particularly around clinical governance,” he said.

“Once that is removed, the risk to resident welfare increases significantly.”

Mr Callagher’s suggestion of moving residents to hospitals wasn’t taken up and he says while he escalated it within the national health department he believes the roadblocks were within the Victorian department.

“You would have to ask the representatives of the Victorian government,” he said.

His evidence is continuing.