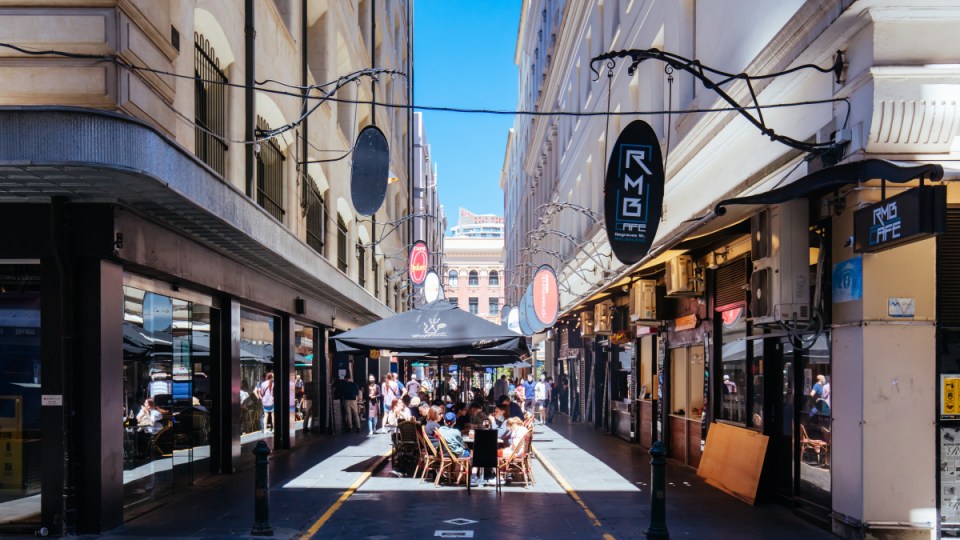 Victoria has reported another 1189 virus cases, as it confirms a deal to make mRNA vaccines in the state Photo: Getty

Victoria has confirmed 1003 more coronavirus cases and 14 deaths, while the number of people in hospital with the illness has dropped by more than 100.

The health department on Wednesday confirmed the figures, which bring the total number of active infections across the state to 15,031.

The death toll since the start of the pandemic is 1206.

It was the seventh consecutive day Victoria reported a daily infection number above 1000.

There are 471 Victorians in hospital, of whom 84 are in intensive care including 46 on ventilators. The seven-day hospitalisation average has fallen by 27 to 588.

Victoria has surpassed 100,000 infections since the pandemic began.

Just under 93 per cent of Victorians aged 12 and over have received at least one vaccine dose and 84.5 per cent both, with 10,778 administered at state-run hubs on Tuesday.

Almost all restrictions will be scrapped for the double-dosed when the state hits its 90 per cent full vaccinated target, forecast for November 24.

On Tuesday, Premier Daniel Andrews reiterated the unvaccinated would remain locked out of most venues indefinitely.

“We’re very clear that the vaccinated economy is here to stay,” he said.

“Exactly how long? I know that’s an unfair question, but it’s a little bit challenging for us to answer that because we do have to see what role the boosters play.”

Booster shots began on Monday for those who had their second jab at least six months ago. About 1.7 million Australians will need a booster dose by Christmas.

Mr Andrews said it was clear that – based on feedback – vaccinated Victorians did not want to sit in pubs and restaurants next to their unvaccinated counterparts who had made the “wrong choice” in refusing the jab.

He again urged those avoiding vaccination to reconsider.