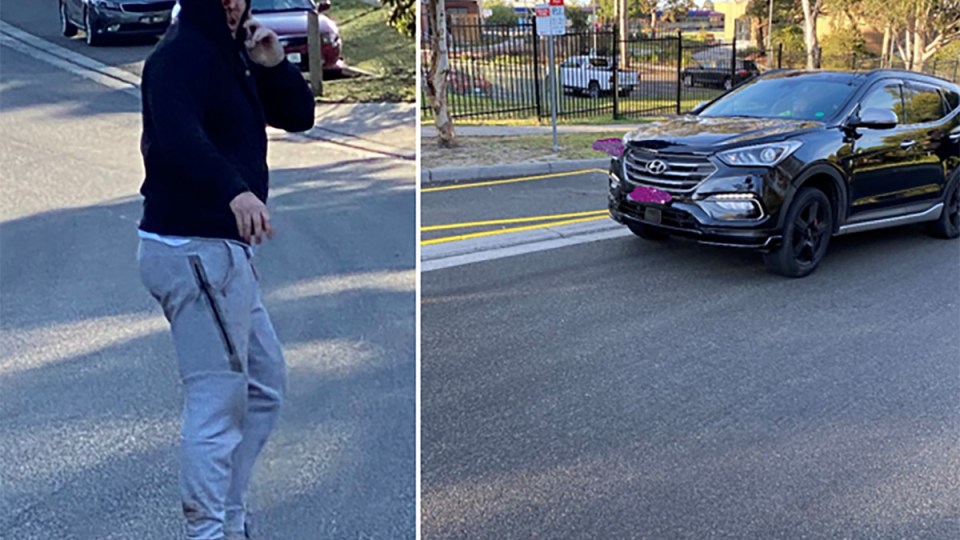 Police say the driver of a car which fatally struck a road worker fled and was picked up in a 4WD. Photo: AAP

A “coward” hit-run driver and another man remain on the run after a road worker was killed and his colleague severely injured in suburban Melbourne.

Police said a red Holden Commodore was driving along Hall Road in Carrum Downs about 7.15am on Tuesday when it hit the two workers, who were setting up signs near the intersection of Lats Avenue.

A 44-year-old Bayswater man died at the scene and his 38-year-old workmate from Traralgon is in hospital with life-threatening injuries.

“The driver has just got out, looked directly at the two victims and then run off,” Detective Acting Senior Sergeant Jarrod Dwyer said.

“It is just a callous, cold act. The act of a coward.”

Police are also searching for a black Hyundai four-wheel-drive that picked up the driver nearby and then drove towards officers when they tried to intercept it.

“We’re pulling out all stops and we will find these people,” he said.

“Hand yourselves in … You will be found.”

Investigators have made contact with the owner of the car, who is co-operating with police, to determine how the driver got behind the wheel.

They have also released photos of two men, believed to be the drivers of the red Commodore and the black 4WD.