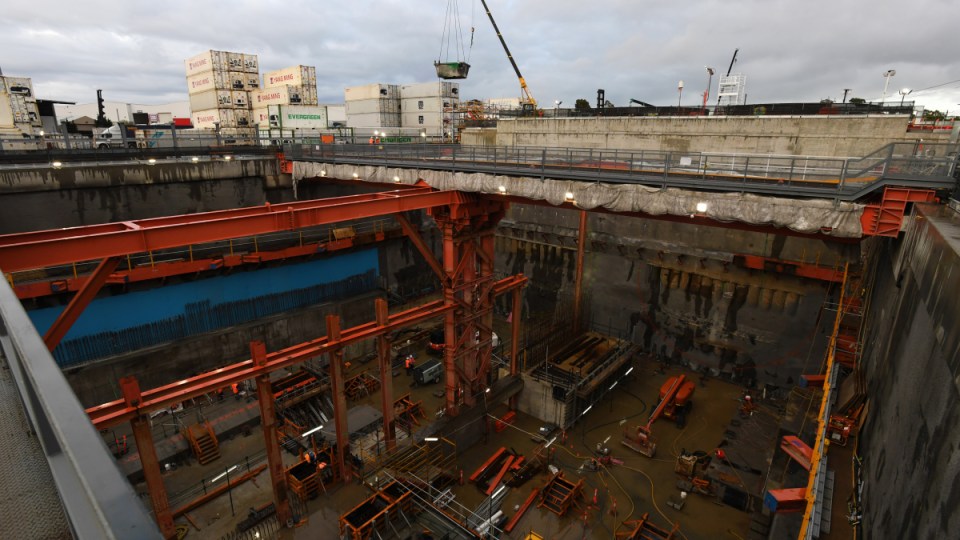 Melbourne's $6.7b West Gate tunnel was originally due in 2022 but has been plagued by problems. Photo: AAP

Victorian Premier Daniel Andrews has hinted a settlement over cost blowouts from Melbourne’s delayed West Gate Tunnel project is close to being finalised.

Tolling giant Transurban in August revealed the costs of the West Gate Tunnel in Melbourne had blown out by about $3.3 billion.

The $6.7 billion project was originally scheduled to be completed in 2022 but has been plagued by problems after contaminated soil was discovered at the site.

Transurban flagged the Victorian government as well as builders John Holland and CIMIC would need to make a “meaningful financial contribution” to finish the project, or the matter could end up in court.

But Mr Andrews indicated a resolution between Transurban and the building contractors is not far away.

“We’ll hopefully be able to update you in positive terms about that quite soon,” he told reporters at Melbourne’s new Arden Station in North Melbourne.

The station is part of the $11 billion Metro train tunnel and will be completed in 2025, a year ahead of schedule.

Asked why it was running smoother than the West Gate tunnel, Mr Andrews said every major infrastructure project was unique.

“Sometimes you can’t necessarily know, particularly when you’re dealing with underground works … what you will encounter,” he said.

“We’re taking things that were concepts and lines in the Melways and for decades and we’re turning them into the practical realities that create jobs.”

The first of the arches was craned into place last month and all 15 are scheduled to be installed by the end of the year.