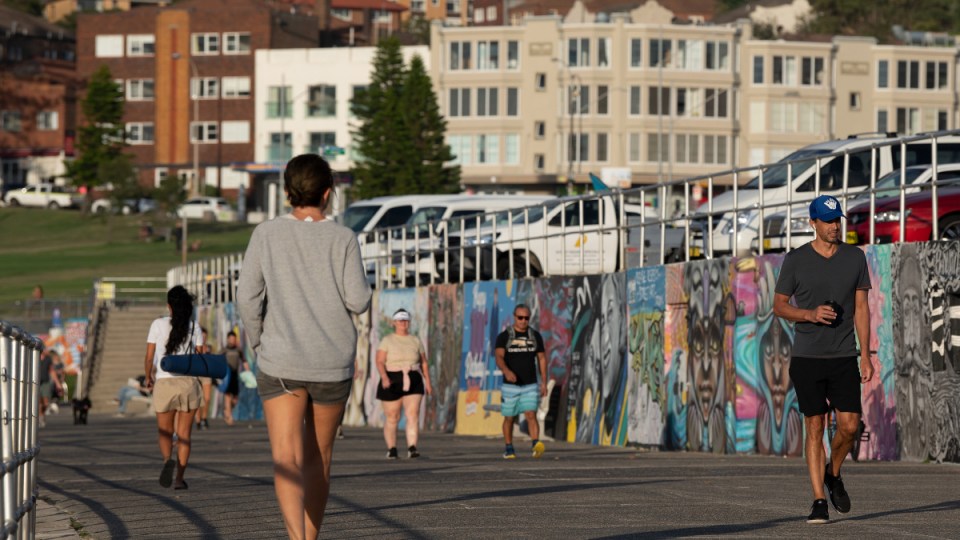 There were another 187 COVID cases in NSW on Monday, and 1126 in Victoria. Photo: AAP

Australia’s COVID vaccine booster program has stepped up a gear, with everyone who received a second shot more than six months ago now eligible for a third.

The booster program is available at GPs and pharmacies across the country from Monday, as more states and territories ease their restrictions.

While the formal rollout is just beginning, the third Pfizer vaccine dose has already been made available to aged care and disability care residents.

Health Minister Greg Hunt said the program was already off to a flying start.

“We are already at 173,000 people who have had their boosters,” Mr Hunt told the Seven Network on Monday.

It came as Victoria confirmed another 1126 local coronavirus cases, and five more deaths.

There were also 187 more infections in NSW, and seven more fatalities.

In the Northern Territory, greater Darwin is expected to emerge from lockdown at midnight Monday. Its initial three-day shutdown was extended by 24 hours to allow time for much-needed contact testing.

Katherine also went from a lockdown to a lockout on Sunday afternoon, with only vaccinated people permitted to move about freely the community.

On Sunday, the ACT had 13 new infections and Queensland also announced three cases in hotel quarantine.

On Monday, Mr Hunt said work was still under way to determine whether booster shots would needed to be taken each year – like the flu shot – or if a third dose would provide enough protection.

While only the Pfizer vaccine has been approved by Australia’s medical regulators for use as a booster, people can receive it as their third dose regardless of what vaccine course they had previously.

“A booster dose, six or more months after the second dose, will make sure that the protection from the first doses is even stronger and longer lasting,” he said.

The Therapeutic Goods Administration is still considering data from Pfizer as to whether to approve its vaccine for children aged five to 11.

Mr Hunt said Australia would be one of the first countries in the world to approve a vaccine for the age group but said a full and thorough assessment of data was needed before it was given the green light.

“Our kids are far less likely to get [COVID] or in particular to have serious complications,” he said.

“But we want to make that vaccine available and we will be able to do that as soon as the medical regulators approve it.”