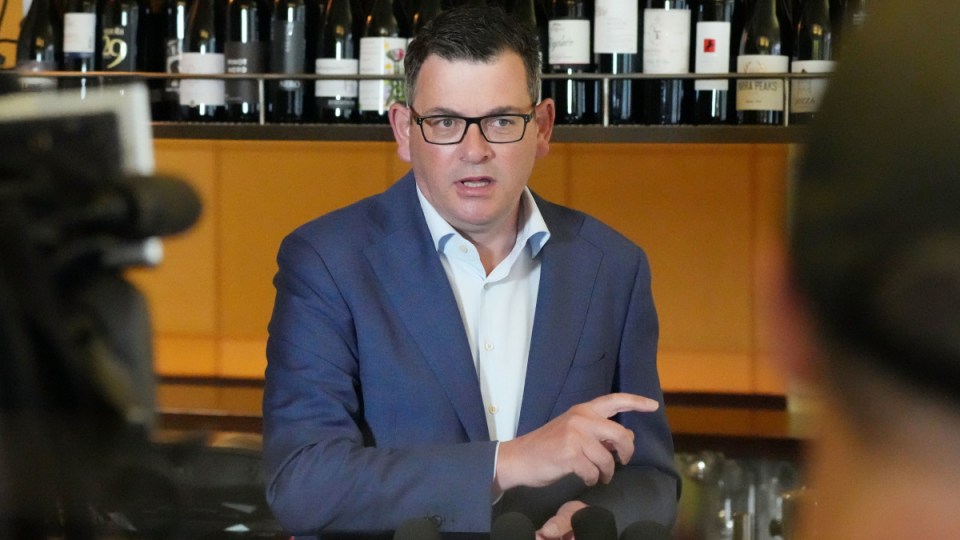 Victorian Premier Daniel Andrews’ faction in the Labor Party “invented ethnic branch stacking” and he was a key organiser, according to former minister Adem Somyurek.

Mr Somyurek appeared in the witness box for the first time since the Independent Broad-based Anti-corruption Commission inquiry into Labor Party branch-stacking began.

He quit the Labor Party last year before he was expelled following a Nine Network investigation, which caught him handing over cash and using parliamentary staff to create fake branch members.

Mr Somyurek on Monday told the hearing he believed ethnic branch stacking had originated from Labor Party’s Socialist Left faction, which was most prevalent in the southeast.

“I’ve done a lot of research on this. I can talk about what I’ve seen in the southeast, it was the left and right going at it hammer and tongs when I joined the party.”

He said he was aware of branch stacking when he first joined the party in 1995 and named Mr Andrews as an organiser for the left at that time, during federal MP Anthony Byrne’s preselection.

“You had Anthony Byrne as chief recruiter from the right, and I think Daniel Andrews was organising on the left,” he said.

“Raiding of the branches in particular was very toxic, tempers were frayed and it got nasty.

“Generally people stuck to their own branches, but when they started to raid each other’s branches, that’s when things started to get heated.”

Mr Somyurek admitted some of his electorate office staff were “factional operatives” and said he expected they would do factional work for him, which included recruiting and managing Labor Party members.

Electorate office workers are paid by taxpayers to manage their officers for constituents.

“I don’t have a problem with my employees, my staff, being factional. I tried to limit that,” he said

“I didn’t tell them not to do factional work, I might have instructed them to do some things that were factional.”

He said Mr Byrne had asked him to contribute to funds to pay for other people’s party memberships, and said he was “probably a stack-ee” himself.

Asked how much he had paid for party memberships, Mr Somyurek said, “I’ll be guessing, but I can say about $2000 a year”.

He said he was aware of a kitty kept inside Mr Byrne’s office to pay for memberships, but said he “knew nothing about what happened to the money” after he handed it over.

He also understood cash raised from fundraisers was used to pay for memberships.

He said there was no branch stacking in Melbourne’s southeast for about 17 years and named Geelong as a “major hotspot” for the practice.

Mr Somyurek will give evidence to the inquiry before IBAC Commissioner Robert Redlich over four days this week.