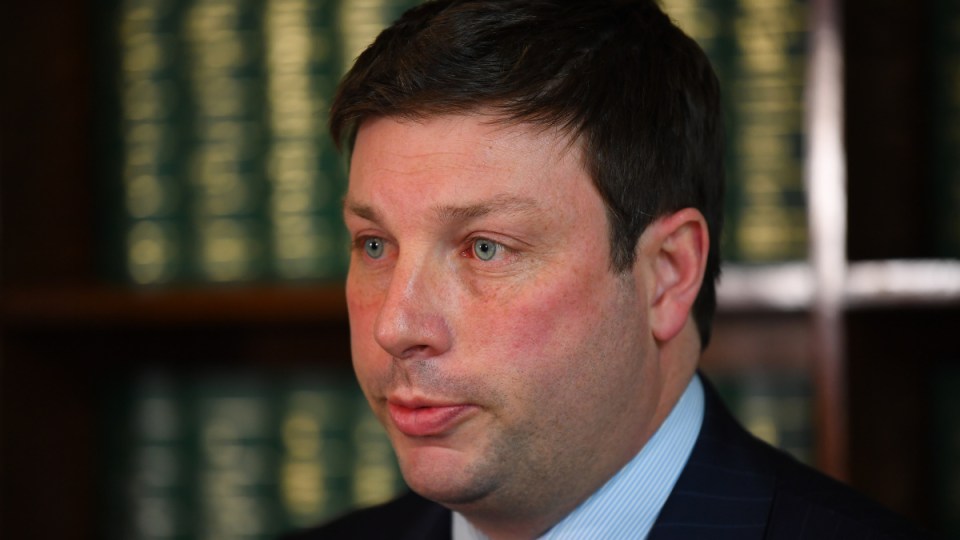 Disgraced Victorian Liberal MP Tim Smith will not contest the next election after crashing his car while drunk behind the wheel last weekend.

After a week of mulling his options, Mr Smith informed Kew Liberal Party members by email that he will bow to opposition leader Matthew Guy’s demand that not contest the next election in the seat of Kew.

The 38-year-old returned a breath test reading of 0.131 – almost three times the legal blood alcohol limit – after he clipped a car in his new Jaguar and cannoned into a Hawthorn home on the night of October 30, narrowly avoiding a child’s bedroom.

His licence was immediately suspended and he has been fined $750.

In Mr Smith’s email, sent at midnight on Saturday, the Kew MP said he had been deeply touched by the encouragement he’d received from Liberal Party supporters and members.

“This, however, does not excuse the terrible lapse of judgement that I made last weekend,” Mr Smith wrote.

“I believe it is in the best interests of the party that I do not contest the next election in Kew.”

Mr Guy spelled out his “unequivocal” position that Mr Smith should not contest the election on Tuesday.

“I made it very clear to Tim that he wouldn’t find his way on to the front bench of any parliamentary Liberal Party that I lead,” Mr Guy said.