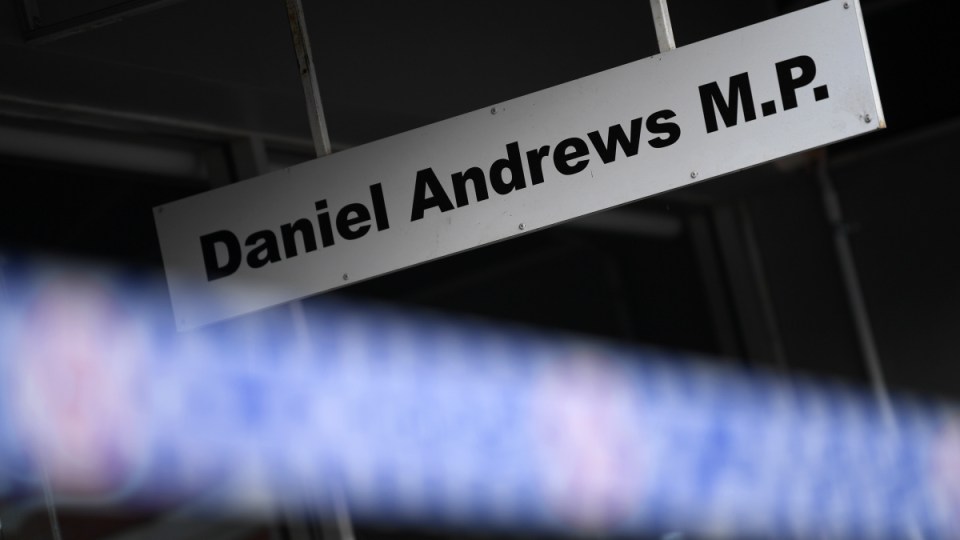 Emergency services were called to Daniel Andrews' electorate office due to a suspicious package. Photo: AAP

Emergency services were called to the Noble Park office on Wednesday afternoon following the discovery of the package.

“Safety checks are in the process of being conducted, with the building evacuated as a precaution,” Victoria Police said in a statement.

“There is no threat to the community and no one has been injured.”

Footage uploaded online shows the Princes Highway office has been taped off, with multiple fire trucks and an ambulance parked outside

Fire Rescue Victoria has confirmed it is supporting police with a pumper and hazmat appliance on the scene.