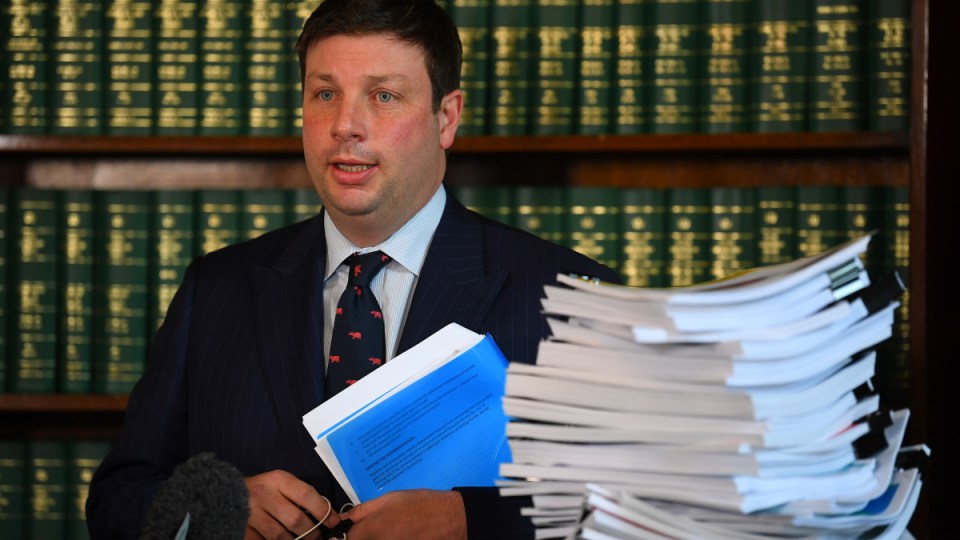 Victorian MP Tim Smith is considering his future after an 'appalling lapse of judgement'. Photo: AAP

Victorian Liberal MP Tim Smith has described getting behind the wheel while more than double the legal blood alcohol limit as the “worst decision of his life”.

Mr Smith crashed into a Hawthorn house on Saturday night following a dinner with friends, narrowly avoiding a child’s bedroom.

He returned a breath test reading of 0.131, prompting the immediate suspension of his licence for 12 months. He is also expected to be fined by police.

Mr Smith described his behaviour as “shameful and stupid”.

“I’m so, so, so sorry for the embarrassment and the harm that I have caused my family, my party and my leader,” he told 3AW Radio on Wednesday.

“It was an appalling lapse of judgement.”

Mr Smith said he has spoken to his GP about his alcohol consumption and has vowed not to drink again while in “public life”.

“This is the most embarrassing, stupid pathetic thing that I have ever done. I’m asking people to forgive me as a person,” he said.

“In terms of my role as a politician I’m giving that due consideration at the moment.”

Opposition Leader Matthew Guy on Tuesday said he had told the 38-year-old he would not be re-appointed to the front bench and urged him not to contest the 2022 state election.

“I made it very clear to Tim that he wouldn’t find his way on to the front bench of any parliamentary Liberal Party that I lead,” Mr Guy told reporters.

“Tim has, and will, reflect on my advice to him. He will then make a statement in his own time. I hope sooner rather than later.”

Mr Smith has been one of Mr Guy’s closest political allies and was instrumental in his return to the leadership of the party following a successful spill against Michael O’Brien in September.