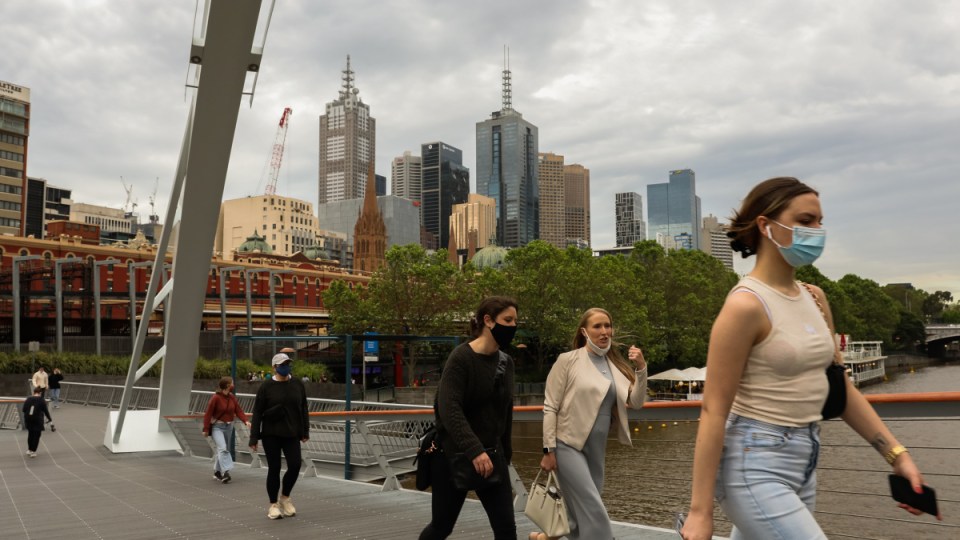 More than 91 per cent of Victorians over 12 are fully vaccinated. Photo: Getty

Victoria’s COVID outbreak has spiked again, with cases leaping and another 25 deaths reported on Thursday.

It is by far the highest number of fatalities in Victoria for a single day in the current outbreak, and takes the toll from it to 272.

In recent weeks, Thursday has been the day of highest infection numbers, including record spikes of nearly 2300. Victorian authorities believe people are catching the virus at weekends and then getting tested several days later, as symptoms appear – leading to the spike.

Testing numbers also remained high in Victoria in the previous 24 hours, with 82,648 reported.

In brighter news for Victorians, the number of COVID patients in the state’s hospitals has fallen by two – down to 746 from 748 on Wednesday.

Premier Daniel Andrews used the grim update to urge Victorians to get vaccinated.

“What we know is that if you get this and you’re unvaccinated, you’re at greater risk of becoming really ill,” he said.

With Victoria poised to reach 80 per cent of over-16s fully vaccinated within days, Mr Andrews said the decision to make vaccines compulsory in many areas had contributed to the speed of hitting that milestone.

“We should never forget, we would not be at these vaccination levels if we had not mandated vaccines in lots of different areas. We would be in lockdown still,” he said.

On Wednesday, authorities urged about 500,000 Victorians who have yet to have even a first jab to get one, with statewide restrictions easing again on Friday.

From 6pm, people in metropolitan Melbourne will be allowed to travel to the regions and interstate, masks will not be required outdoors, and non-essential retail will be able to open.

According to health data, only 83 per cent of Victorians aged in their 20s have had even one COVID shot.

About 85 per cent of Wednesday’s 1534 local virus cases in the state were in people who were not fully vaccinated.

The state’s south-west and the Wimmera and Mallee districts will be high risk areas on Thursday.

“The combination of forecast high grass pollen levels and severe thunderstorms with strong winds means that there is a chance that a large number of people may develop asthma symptoms over a short period of time,” the warning says.

“Our hospitals are experiencing significant demand due to COVID-19, so it’s important you stay well.”

Those at risk are advised to avoid being outdoors during storms and the winds that precede them, and remember to take preventative medication.

In 2016, a thunderstorm asthma event in Victoria killed nine people and led to thousands more hospitalised.