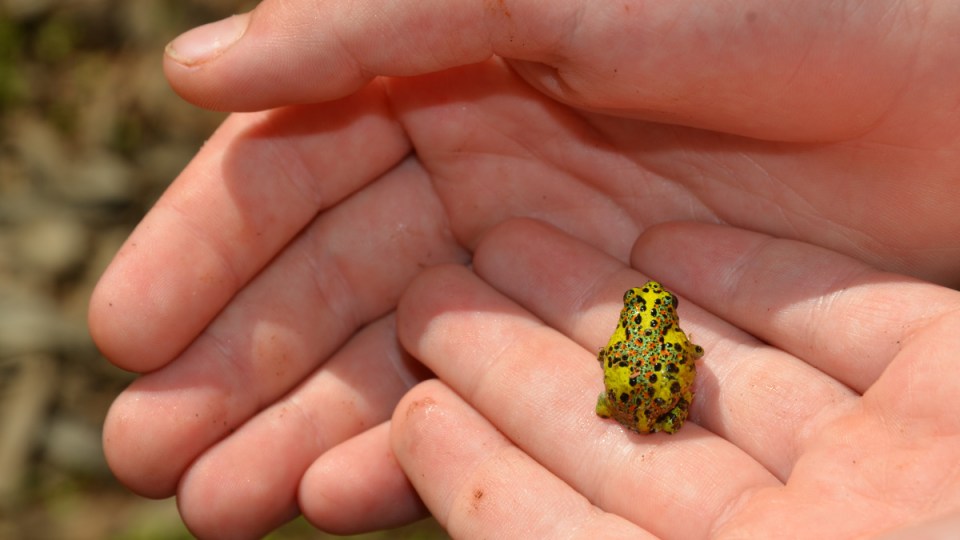 Nine frogs died at Melbourne Zoo because keepers were off work awaiting the results of COVID-19 tests.

Zoos Victoria’s 2020/21 report, tabled in state parliament on Thursday, reveals nine of 24 crucifix frogs bred at the Parkville zoo in innner-Melbourne died due to moisture levels in their habitat being lower than required.

“A contributing factor was specialist keepers were waiting for COVID-19 test results and not able to work, communication occurred with the less-experienced keepers who were caring for the frogs about the likely moisture levels required,” the report read.

Melbourne Zoo is the first zoo to have bred the Australian frog species, which is easily identified by its bright yellow skin covered with a pattern of dark spots resembling a cross.

There was also an investigation following the death of a dehydrated mountain pygmy-possum at Healesville Sanctuary.

While a “water bowl had been removed from the habitat, and not replaced for several days”, an autopsy found trauma was likely the cause of the possum’s weakened condition prior to its death.

Another possum, which shared the habitat, “showed no signs of dehydration and thankfully remains healthy”.

There were 3661 animals treated at Melbourne Zoo, Healesville Sanctuary and Werribee Open Range Zoo in 2020/21, the majority of which were rescued by a member of the public or found on the grounds of the sanctuary.

Forty-two koalas rescued from the 2019/20 summer bushfires were treated, including 15 that were brought in for further care.

There were also a number of new arrivals at the zoos, including a male Asian elephant named Luk Chai and a baby black-handed spider-monkey, Izumi, who was reared by hand by keepers at Melbourne Zoo.

Due to COVID-19, Zoos Victoria had to close to the public for the first time in its 158-year history for a total of 130 days.

Frog deaths at Melbourne Zoo due to COVID