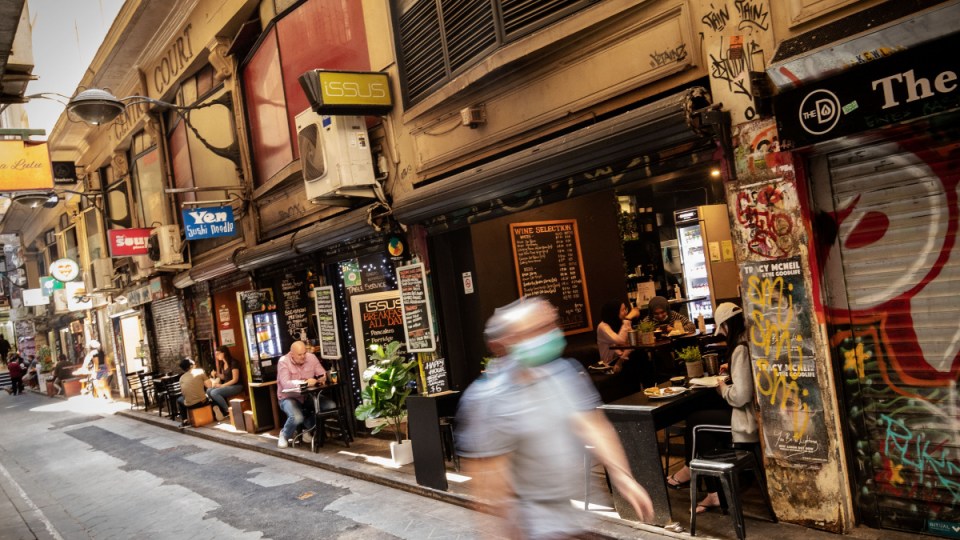 Restrictions will ease further in Victoria on Friday – with a warning for those yet to get a vaccine. Photo: Getty

The state had another 1534 local virus cases on Wednesday and 13 more deaths, seven men and six women.

COVID-19 commander Jeroen Weimar said it was encouraging to see the daily numbers stay about 1500 a day for the past three days.

“It does feel like we are at a plateau at the moment,” he said.

About 85 per cent of Victoria’s new cases are among people who are not fully vaccinated.

Mr Weimar said about 500,000 people were yet to receive a first dose of a vaccine, as he noted vaccination numbers at state-run hubs had started to drop.

“We still have literally hundreds of thousands of Victorians who are eligible, just under half a million, who have not yet had their first dose – they’re in real danger of being left behind,” he said.

“I’d encourage anybody who’s not yet made up their mind about whether to get vaccinated – please come forward and get it done.”

Vaccine uptake is particularly lagging among people aged in their 20s, with only 83 per cent of that age group receiving a first dose, compared with 91 per cent statewide.

More than 76 per cent of Victorians aged 16 and over are fully vaccinated. Authorities expect the state to reach 90 per cent by late November.

The state is managing 24,164 active infections, 551 fewer than the previous day’s tally.

The number of people in hospital with coronavirus has also declined, with 748 reported on Wednesday. Of those, 138 are in intensive care with 87 on a ventilator.

The latest deaths take the toll from the current outbreak to 247.

Victoria is less than two days away from new freedoms, with all non-essential retail reopening and greater numbers allowed inside hospitality venues from 6pm Friday.

Retail will be reopen to both unvaccinated and vaccinated, Premier Daniel Andrews has confirmed.

But he has said this will change once 90 per cent of over-16s are fully vaccinated.

“We’ve added in non-essential retail and because we’ve added it in, the only fair thing to do is let people have time,” he said.

“It’s part of the 90 per cent stage, where all the density quotas, all the caps, all the other rules go and we move to two rules; masks in sensitive settings, and the vaccinated economy and that lockout approach.”

The state government is offering $2000 vouchers to allow cafes, hotels, restaurants and bars to purchase furniture and equipment, to get ready for Friday.

Meanwhile, a bill giving the premier the power to declare a pandemic is expected to pass the lower house when it is debated on Thursday. It will require the support of three crossbenchers to pass the upper house.

The legislation includes penalties for people or businesses who fail to comply with the rules despite knowing it would lead to a “serious risk” to the health of others.

Shadow attorney-general Tim Smith gave an “ironclad” guarantee the Coalition would scrap the legislation if it won the next state election.