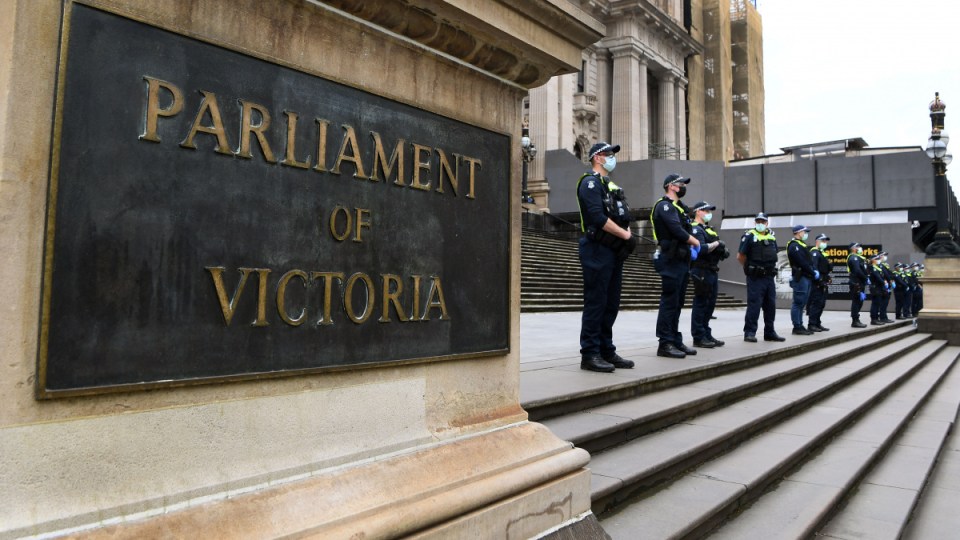 Laws to change Victoria's management of the pandemic will be introduced to state parliament today. Photo: Getty

The latest fatalities take its toll from the current outbreak to 234.

Tuesday’s case number is a slight increase on the 1461 reported on Monday, but continues a trend of daily tallies below records of nearly 2300 in recent weeks.

However, hospital numbers are rising. They were up 15 on Tuesday to 817 COVID patients.

The update came as the Victorian government was poised to introduce legislation to parliament that would allow the health minister to make public health orders for the COVID-19 pandemic.

Several MPs have confirmed the Public Health and Wellbeing (Pandemic Management) Bill 2021 will be introduced to the lower house when state parliament resumes on Tuesday.

It is expected to permanently replace the current state of emergency, which has been in place for more than 18 months and expires on December 15.

“The bill establishes several mechanisms designed to improve the transparency of pandemic decision-making and accountability of decision-makers to parliament and the community,” a summary of the bill reads.

According to the summary, sent to MPs on Monday night, the bill will provide the health minister with “broad powers to make pandemic orders” on the advice of the chief health officer.

The laws will bring Victoria in line with jurisdictions such as NSW and New Zealand, where the health minister is directly accountable to parliament.

Public health orders will be able to “differentiate between people in a range of settings according to public health risk: For example, vaccination status”, while the premier will have the power to “declare” a pandemic and extend it in three-month blocks for as long as considered necessary.

An aggravated offence will be created to “deter … the most egregious pandemic-related behaviours”, while court-imposed penalties will be introduced to stop businesses from receiving “any commercial benefit resulting from a breach of a pandemic order”.

An independent oversight committee will review public orders and their impact on human rights, while public health advice will need to be made public.

The government said it has consulted with community groups, health and human rights experts and legal stakeholders on the proposed laws.

However, the state opposition has already registered its disapproval. According to the ABC, it will introduce a private member’s bill to limit the government’s ability to declare an emergency or pandemic for no more than 30 days unless it has a special majority vote in both Houses of Parliament.

“To go and enable one person, not the cabinet, but the premier, with such extreme powers … is breathtaking,” he said.

However, Associate Professor of Constitutional Law at Monash University, Dr Luke Beck, said the bill wouldn’t give the premier and health minister free rein on restrictions.

“The chief health officer will still be involved,” he told the same radio station.

“The minister will only have the power to make orders that are proportionate and on the basis of the chief health officer’s advice.”

The bill is expected to pass the lower house, where Labor has a commanding majority. In the upper house, the government will require the backing of three of the 11 crossbenchers.

Greens leader Samantha Ratnam said she had been negotiating with the government on the proposed laws, which she described as “a big improvement and much fairer for the whole Victorian community”.

More than 74 per cent of Victorians aged over 16 are fully vaccinated and the state is tipped to hit its 80 per cent target some time this weekend, with restrictions to ease further at 6pm on Friday.

‘What a hit’: Albanese on attack after dire wages data
Big drop in Victorian COVID cases, ahead of next major easing
Today's Stories