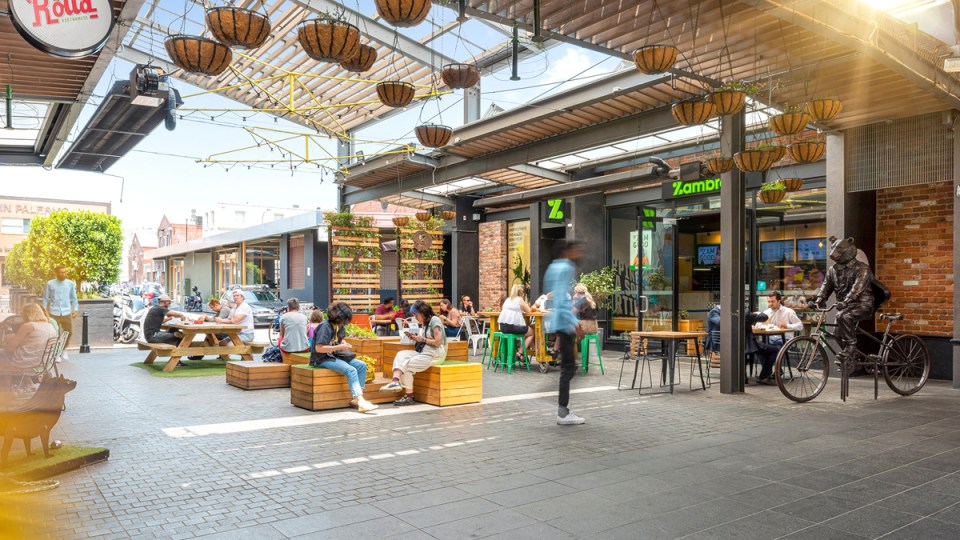 Two men have been taken to hospital after being stabbed by another man inside a Melbourne shopping centre.

The men suffered non-life threatening injuries during the attack at Barkly Square in Brunswick on Monday morning.

A man was arrested at the scene and was also taken to hospital with self-inflicted wounds.

Ambulance Victoria said one man suffered an upper-body injury. Another man, believed to be aged in his 50s, had upper and lower body injuries and the third man had lower-body injuries.

They are in a stable condition.

Police say they were not searching for anyone else over the incident and there was no threat to the community.

‘What a hit’: Albanese on attack after dire wages data
Another 1903 COVID cases as Vic eyes lockdown end
Today's Stories