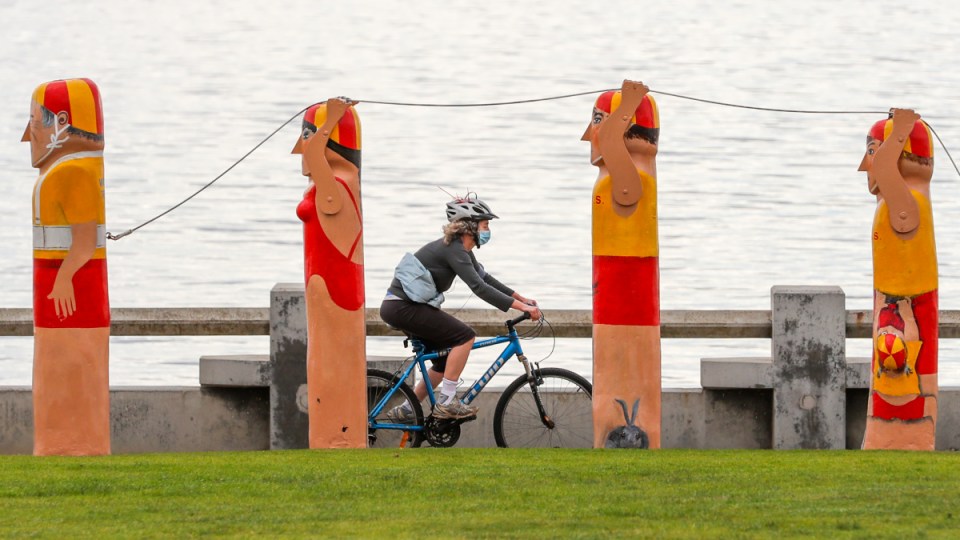 Victoria had another 1466 virus cases on Tuesday, down from 1612 on Monday. Photo: Getty

Victoria’s COVID cases have fallen to their lowest in nearly a week, with 1466 new infections reported on Tuesday.

There were also another eight deaths, taking the toll from the state’s Delta outbreak to 101.

One of those was a man in his 40s, while a woman in her 50s also died. The others were three women in their 70s and 80s and three men in their 80s and 90s. All were from Melbourne suburbs.

The health department confirmed on Tuesday that Victoria has 19,627 active infections.

Tuesday’s update came from 68,509 tests – which is about 5000 down on numbers in recent days. The latest case tally is the lowest since 1420 were reported last Wednesday.

It also came as Victorian authorities confirmed infections were beginning to stabilise across Melbourne’s north, which has been the epicentre of the outbreak. However, there are new concerns for the city’s south-east, where infections are climbing.

Victorian vaccination rates also continue to rise, with Health Minister Martin Foley confirmed 86.7 per cent of eligible residents were partially vaccinated as of Monday, and 59.8 per cent fully vaccinated. Another 36,383 shots were administered in state-run hubs on Monday.

“Clearly, we will pass into the 60 per cent of double-dose Victorian community today,” Mr Foley said.

Elsewhere, farming and agriculture groups are calling clarity ahead of a looming vaccine mandate deadline.

They want the state government to “urgently clarify” employer and worker rights ahead of the October 15 deadline for authorised workers to show proof they have received or booked their first vaccine or have a medical exemption.

The Victorian Farmers Federation, AUSVEG VIC, Fruit Growers Victoria and a number of other groups have issued a joint-call for clarity around unfair dismissal, privacy rights and employer and employee obligations ahead of the October 15 deadline.

The groups have spoken to Agriculture Victoria about their concerns, but they say “crucial” information on the vaccine mandate remains unclear.

Among their questions, the industry wants to know whether employers are at risk of being pursued by workers under industrial relations laws, and how employers can request for an employee’s vaccination status without breaching their privacy.

“We’re only days away from the vaccine mandate coming into force and many of our basic questions seem to have been placed in the too hard basket,” VFF president Emma Germano said.

“Industry groups have been talking to farmers non-stop since the announcement was made and all of us just want to be able to pass on accurate information and support our growers in a timely manner.

“The Victorian government must publicly release further information and they need to do it immediately.”