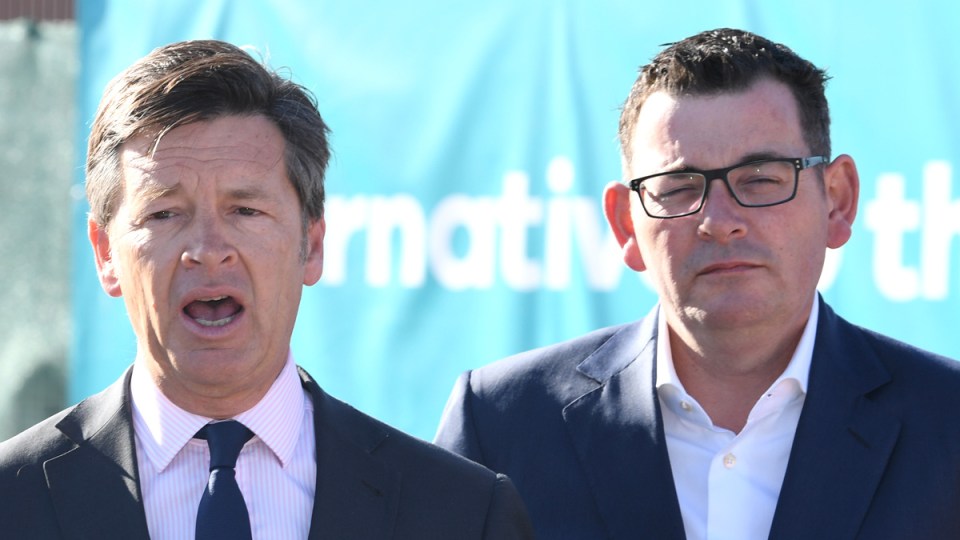 Victorian Labor minister Luke Donnellan has resigned after he was found to have breached party rules on branch stacking.

Mr Donnellan confirmed in a statement on Monday he would step down from his position in the Andrews government, following evidence to the state’s anti-corruption watchdog that he paid for other people’s party memberships.

Mr Donnellan, who was the state’s minister for child protection and minister for disability, ageing and carers, is one of three Labor MP’s accused of branch stacking at Independent Broad-based Anti-corruption Commission hearings.

In the statement on Monday, he denied misusing public funds.

“I accept that I have previously breached party rules while a minister,” he said.

“But let me be very clear: I never misused public funds or resources in any way.

“However, I don’t believe it is possible or appropriate to maintain my ministerial responsibilities given these rule breaches.”

Premier Daniel Andrews thanked Mr Donnellan for his contribution to the government shortly after, saying “he leaves a legacy of reform of which he can be proud”.

Mr Andrews said further announcements about the ministry would be made in “due course”.

The long-standing member for Holt on Monday was the first witness to appear at IBAC’s public hearings into allegations of branch stacking by Labor MPs and their taxpayer-funded staff.

He said he was concerned for several years about the practice.

“The party was completely out of control. I saw things and heard things that I didn’t think I’d ever see in a modern Labor Party. I’d hear about them, I’d seen them in the ’90s and never thought that I’d see them again,” he told the inquiry.

“I’m referring to branch stacking, I’m referring to coercion of staff being made to do things they didn’t want to do. I was referring to party being taken over by one person whose sole objective was power and power alone.”

He said he observed Mr Somyurek and Labor MP Marlene Kairouz coercing their electorate and ministerial staff to do factional work during paid hours.

“There was a relentless focus to just get this [factional work] done,” Mr Byrne said.

Mr Byrne admitted he had paid for other people’s Labor Party memberships since he was elected in 1999, as part of a “well-entrenched” model of branch stacking.

“It was a practice that aspiring politicians had to pay their share?” Mr Carr asked.

“I think you could say that,” Mr Byrne replied.

Mr Byrne said he had spent about $2000 annually in the past five years on renewing memberships, while Mr Somyurek and Mr Donnellan would have spent “roughly the same amount, perhaps more in the past couple of years”.

Both Mr Somyurek and Mr Donnellan worked for Mr Byrne after he was elected in 1999.

Mr Andrews ordered the IBAC investigation in June 2020, after an expose by The Age and 60 Minutes caught party powerbroker Mr Somyurek handing over cash and using parliamentary staff to create fake branch members.

Mr Somyurek quit the party before he was expelled but retained his upper house seat. Factional allies Robin Scott and Ms Kairouz resigned from cabinet.

Operation Watts public hearings are expected to go for five weeks and will also examine allegations taxpayer money intended for community associations was misused for party‐political work or other improper purposes.

Branch stacking involves recruiting or signing up members for a local branch of a political party to influence the outcome of candidate preselections for parliament.

It is against Labor rules to pay for other people’s membership. Party members are required to sign a form declaring they have paid for their own memberships.

The scandal prompted reform of the Victorian branch of the Labor Party, including the expulsion of about 1800 members found to be “non-genuine” and the suspension of voting rights of all other members until 2023.