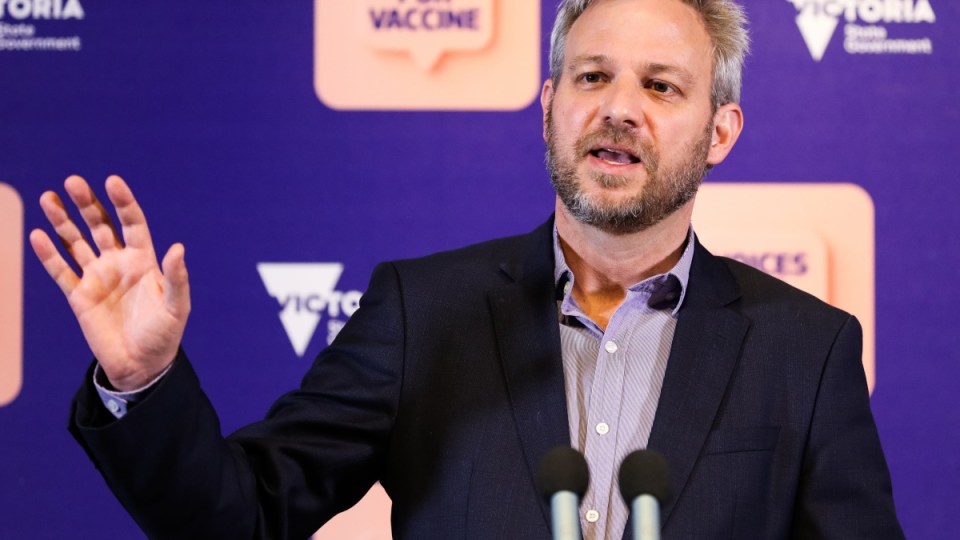 Victoria’s COVID outbreak is yet to peak, its chief health officer predicts, as daily case numbers in the state edge towards 2000.

Victoria had 1838 local virus infections on Friday – another record for anywhere in Australia since the pandemic began.

There were also five more deaths, taking the toll from Victoria’s current COVID outbreak to 75. They were two men and three women in their 70s and 80s – four from Melbourne and one from the regional city of Shepparton.

“The seven-day average, I think, is in the 1400s for the last week, so we’re not going up at the same rate as we were in previous weeks and I think that is a good sign,” Professor Sutton said on Friday.

“I think we are heading to the peak. If today isn’t the peak – and I don’t think it is – I think we’re close.”

Burnet Institute modelling used to plot Victoria’s path out of its COVID crisis predicted a peak seven-day average of 1400-2900 cases a day, to occur between October 19-31.

It also predicted up to 2500 COVID patients in Victorian hospitals, and 550 in intensive care.

Demand on the state’s hospitals has surged in recent days, with 620 Victorians in hospital with the virus on Friday – an increase of 56 on Thursday. They include 114 in intensive care and 76 on ventilators.

“Our numbers in ICU, numbers hospitalised, are not rising at the same rate and that is a very good sign in terms of what vaccines are doing now,” Professor Sutton said.

About 56 per cent of the Victorian population aged 16 and above is fully vaccinated against COVID-19, while 84 per cent have received first doses.

Once 70 per cent of the state’s population above 16 is fully vaccinated – expected about October 26 – Melbourne’s curfew will ease, the travel limit will be expanded and venues can open outdoors to the fully vaccinated.

Professor Sutton said he remained comfortable with those targets – and Victorian authorities would keep a close eye on NSW as it opens up from Monday.

“They are moderate changes at the 70 per cent mark,” he said.

“You can do it safely. We are doing it incrementally and we are doing it with a relatively conservative approach, so I think that is on track for us.”

In NSW, fully vaccinated adults will enjoy a swathe of returned freedoms from Monday, with up to 10 adults allowed to visit homes, and people allowed to eat at restaurants and go to the gym.

Victorians will have to wait until the 80 per cent double-dose target is reached, forecast for November 5, for significant changes. They will include Melbourne hospitality reopening for seated service and visitors once again allowed in homes.

In other changes announced on Friday, Victorian children in grades three to six will have to wear face masks to class when they return to school later in October.

“We really want to have these measures in place early on to keep kids in school and to make sure that they are as safe as possible in the school environment,” Professor Sutton said.

Masks will be recommended but not mandated for students in prep to grade 2.

Professor Sutton said there was reduced transmission of the virus in schools in the US where masks had been mandated.

Meanwhile, rules in Melbourne and other locked-down regions will be changed to allow people to remove masks at picnics to consume alcohol.

The state’s “border bubble” will also be extended, with the local government areas of Benalla, Bendigo, Buloke, Loddon and Yarriambiack and some LGAs in NSW, including Wagga Wagga, added back in from 11.59pm on Friday.

Professor Sutton said he will decide if greater Shepparton and the Moorabool Shire could exit their local lockdowns and join the rest of regional Victoria later on Friday.

Record day for Vic – but COVID cases ‘yet to peak’