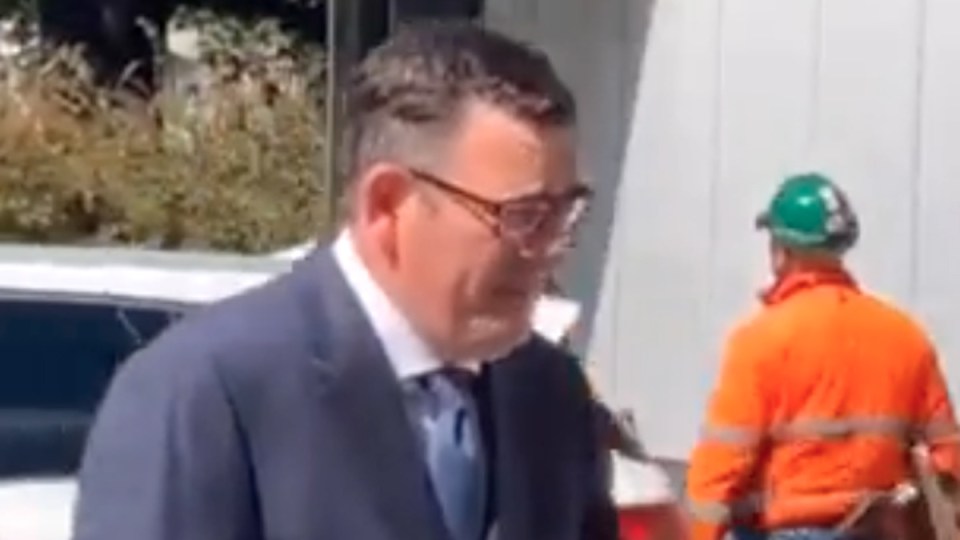 Victorian Premier Daniel Andrews has apologised after walking through state parliament’s car park without wearing a mask – breaking his own virus rules.

Victoria Police confirmed on Friday they were assessing a video circulating on social media of Mr Andrews walking without a mask as he arrived at parliament on Thursday.

Police have since confirmed Mr Andrews has been fined $400 for breaching coronavirus restrictions after he failed to wear a mask on two occasions this week.

He has been issued two $200 infringement notices after footage showed he had not been wearing a mask on Wednesday either.

On both days, Mr Andrews was wearing a mask as he was driven into parliament but took it off before he walked to awaiting media.

Earlier on Friday, Mr Andrews said he was aware he had removed his mask on Thursday morning as he walked towards journalists assembled at parliament’s doors, describing it as an oversight.

“I expect Victoria Police to assess this, and if they choose to issue a fine, of course I will pay it,” Mr Andrews said.

“If they do not issue a fine, I will donate the same value to a charity working to support people in this pandemic because, whilst this was an oversight, oversights matter – everyone needs to follow the rules and I am sorry it occurred.”

Under rules imposed by his government, Melburnians aged over 12 must wear a fitted face mask whenever they leave their home, indoors or outdoors, unless a lawful exception applies, including for broadcasting purposes.

Treasurer Tim Pallas has defended the premier, who he said had been “pretty diligent in terms of his behaviour” throughout the pandemic.

“I had a brief look at the footage and it looks like he is approaching a camera for the purpose of doing a piece to camera. You are allowed to not wear a mask for that,” Mr Pallas said.

Opposition Leader Matthew Guy said most Victorians had “momentarily forgotten a mask” but noted Mr Andrews walked “some distance” without wearing his.

“He’s done it in front of media, which is probably a bit silly but I will leave that to police,” Mr Guy said.

The incident emerged as Victoria set another pandemic record for local COVID cases on Friday, with 1838 more. There were also another five deaths, taking the state’s toll from its current outbreak to 75.

As of Thursday, there were 564 Victorians in hospital battling the virus, an increase of more than 40 per cent from a week ago. They include 115 in intensive care and 74 on ventilators.

Some 55 per cent of Victorians aged above 16 are fully vaccinated against COVID-19, while 84 per cent have received their first dose.

Once 70 per cent of the state’s population above 16 is fully vaccinated, expected about October 26, Melbourne’s curfew will ease, the travel limit will be expanded and venues can open outdoors to the fully vaccinated.

On Thursday, Mr Andrews said he had no plans to alter the state’s roadmap out of lockdown given the high daily case numbers.