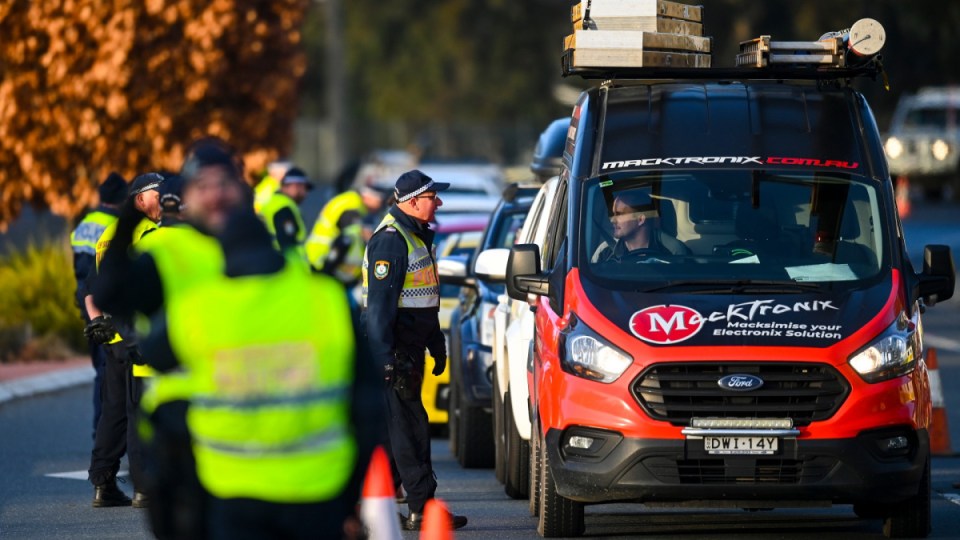 Victoria is set to ease some of its COVID-19 border restrictions with NSW and the ACT. Photo: AAP

Victoria is easing COVID border restrictions with NSW and the ACT, opening the door for more stranded residents to return home.

From midnight on Wednesday, red zone areas in NSW and the ACT – mainly regional places not in lockdown – will be downgraded to orange zones.

The change will allow both residents and non-residents to enter Victoria as long as they take a test within 72 hours of arrival and wait for a negative result before leaving isolation.

Extreme-risk zone classifications for locked down areas, including greater Sydney, will also be revised to a red rating, meaning Victorians can return if they isolate at home for 14 days.

Health Minister Martin Foley said authorities were confident enough to make the changes given the improving outlook in NSW.

Victoria will ramp up the use the rapid tests in healthcare and possibly other high-risk settings as the state prepares to reopen after hitting 70 and 80 per cent vaccination coverage targets.

“Rapid antigen testing will be a part of the ongoing toolkit to make sure that we can manage and deal with the potential for COVID in our daily lives,” Mr Foley said on Wednesday.

Australia’s medicines regulator last week gave the green light for Australians to self-test for coronavirus at home from November, subject to approval of kits.

Health authorities have been cautious in expanding the use of rapid antigen tests beyond selected workplaces because of concerns about accuracy compared to PCR swabs.

Victoria had 1420 more local virus cases on Wednesday, and 11 deaths, the most fatalities of the state’s third wave.

Reflecting on the losses, Premier Daniel Andrews reinforced the need for Victorians to get vaccinated to better protect themselves and their families.

“This is a deadly virus. Get vaccinated and if you can’t get vaccinated today, make an appointment,” he said.

Some 36,542 vaccinations were administered at state-run sites, with 54 per cent of Victorians aged 16 and over having received both doses.

COVID commander Jeroen Weimar said that, of the state’s 25,000 virus cases since mid-July, 84 per cent were unvaccinated.

There are 525 Victorian are in hospital battling the virus, with 94 in intensive care and 53 of them on a ventilator.

Six per cent of those in hospital are fully vaccinated.

Meanwhile, the CFMEU is poised to expel members who participated in violent protests outside its Melbourne office.

At least seven infections are linked to the CFMEU headquarters protest on September 20, when demonstrators threw bottles at union officials and smashed the office’s door down in protest against mandatory vaccinations and other construction industry restrictions.

Victorian CFMEU boss John Setka said dozens of families and children had been affected, and officials were reviewing footage to identify members.

“They’ll be fronting the executive of the union and they’ll have to answer for their actions,” he told Nine’s Today on Wednesday.