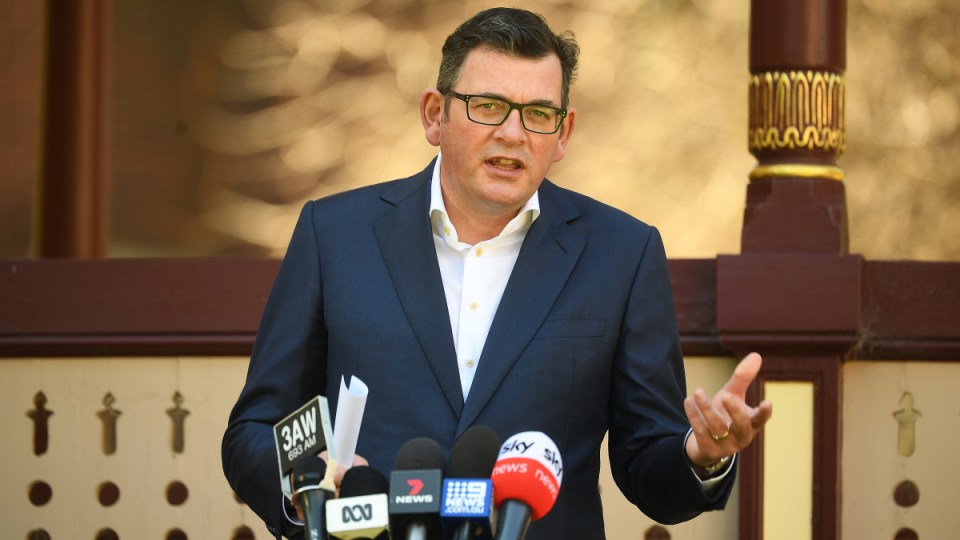 Victorian Premier Daniel Andrews says he behaves appropriately in everything he does. Photo: AAP

Premier Daniel Andrews has rejected calls to stand down over reports Victoria’s anti-corruption body is probing his dealings with the firefighters’ union.

The Independent Broad-based Anti-Corruption Commission has been investigating the United Firefighters Union’s role in Victoria’s fire services reform since 2019.

But The Age on Wednesday revealed IBAC was also examining Mr Andrews and a senior public servant’s interactions with the union, while several former and serving Labor MPs and staffers have been interviewed by the watchdog.

“As a matter of practice, IBAC does not comment on whether it has a complaint or investigation before it,” it said in a statement.

Mr Andrews also refused to confirm whether he was being investigated by IBAC and legally he might not be able to, given the watchdog’s strict confidentiality requirements.

“In everything I do, I behave appropriately. I’m very conscious of the oath that I swore and the duty I have to every single Victorian and to suggest otherwise is completely wrong.”

Mr Andrews said he had not spoken to UFU secretary Peter Marshall in more than a year and that he was proud of his government’s reforms to the fire services, which involved merging Metropolitan Fire Brigade members and career Country Fire Authority firefighters into the new Fire Rescue Victoria.

The reforms, described by volunteer firefighters and the Victorian opposition as a union power grab, took two years to pass parliament and did so with the help of crossbenchers in mid-2019.

Shadow attorney-general Tim Smith has called on Mr Andrews to resign if he was being investigated.

“I’m delighted that IBAC is finally going to look into the very murky, ugly, nasty underbelly of the Labor Party, and their insidious relationship with this brutally awful union.”

Mr Andrews said he would “absolutely not” stand down.

“I will not be doing anything other than my duty and what I’m sworn to do and that is to work as hard as I can to deliver on my commitments to the community, keep the community safe and make sure that we can deliver our roadmap to opening,” he said.