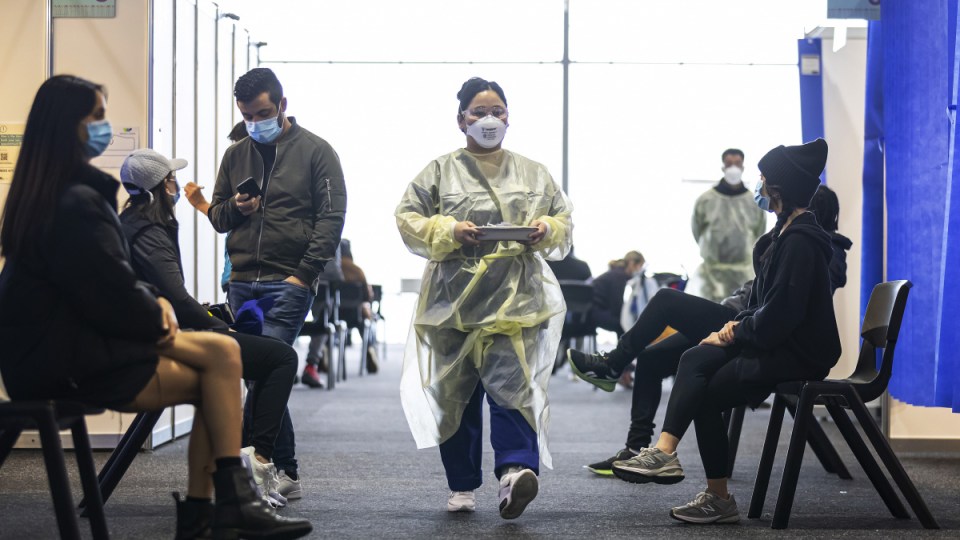 Vaccination rates have soared in some of Melbourne's hardest-hit areas in recent weeks. Photo: Getty

The first hints are emerging that vaccines are bringing stability to the areas hit hardest by Victoria’s deadly coronavirus outbreak.

The state had another 1377 local infections on Monday, and four more deaths.

The toll from Victoria’s Delta outbreak has risen to 53 with the deaths of two more men and two women, aged from their 60s to their 80s. All were from Melbourne’s north, where the latest outbreak has hit hardest.

But chief health officer Brett Sutton said cases in the city’s northern suburbs of Melbourne appeared to be beginning to taper off, following a targeted vaccination drive in affected area.

“That really is a reflection of the huge increase in vaccination uptake in those local government areas in the last couple of weeks, as they’ve gone to the state average and beyond in some of those postcodes,” he said on Monday.

Of Monday’s cases, 582 came from Hume, Wyndham, Whittlesea, Moreland and Darebin, all local government areas in northern Melbourne. Vaccination rates, particularly in Hume, have surged in recent weeks as the outbreak has deepened.

By Monday, 52.5 per cent of Victorians over 16 were fully vaccinated, while 82.8 per cent had received a single dose.

Professor Sutton said he could not guarantee Victoria would remain on schedule to meet its October 26 target.

“It is all subject to how people step up over coming days in terms of the vaccination coverage,” he said.

Melbourne became the world’s most locked down city on Monday, chalking up 246 days living under stay-at-home orders across six lockdowns to surpass the record set by the Argentinian capital of Buenos Aires.

Professor Sutton said the pandemic had been an “awful crisis” for the world but had hit Melbourne harder than other Australian cities, citing the sluggish vaccination rollout as partly to blame.

“It’s a reality that we are lagging among OECD countries with vaccination rollout,” he said.

There are 498 Victorians in hospital battling the virus, up 22 from Sunday. Of those, 96 are in intensive care, with 59 on ventilators.

More than 67,789 Victorians were tested for the virus in the 24 hours to Monday morning, while 30,985 vaccinations were administered at state-run sites.

Active cases across the state have grown to 12,711.

Hints of stability in Vic outbreak as vaccine rates climb