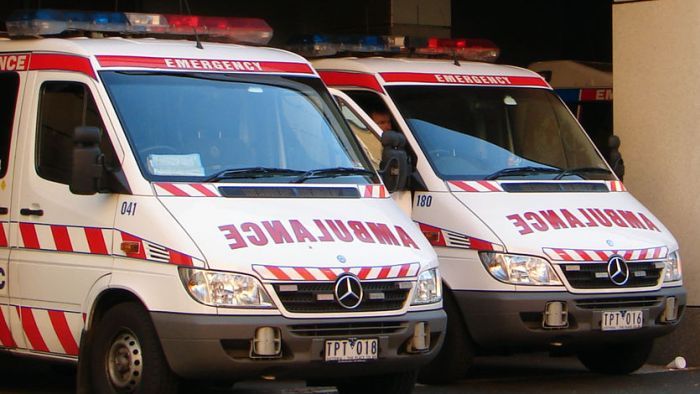 Hospitalisations for COVID have dropped in Victoria, but it has also been another deadly day.

Victorian authorities are investigating the time spent on hold to triple-zero by the family of a three-year-old girl, who died after suffering a cardiac arrest.

Ambulance Victoria said paramedics were dispatched “without delay” after being called to a cardiac arrest in a town outside of Bendigo, in central Victoria, at 6.29pm on Monday.

An Advanced Life Support crew was the first to arrive, at 6.43pm, and loaded the girl for the hospital. However, she died while in their care.

“Despite the best efforts of our paramedics and those on the scene, the patient did not survive,” AV Acting Loddon Mallee Regional Director Trevor Weston said.

“We offer our sincerest condolences to the patient’s family at this difficult time.”

The family of the child waited for one minute and 41 seconds, longer than the target time of five seconds, while on hold to triple-zero. It is not yet known if the delay contributed to the death.

“Any death is a tragedy, but the death of a young child from a major incident like that is really, really traumatic for everyone involved,” he said on Wednesday.

He said emergency departments, hospital wards and paramedics were dealing with “record levels” of demand, with a rise in COVID-19 cases and other emergency presentations.

Victoria had its worst day in the pandemic so far on Wednesday, with another 950 local virus cases, a jump on 867 on Tuesday. There were also seven more deaths, and 36 people have now died in the current outbreak.

There are 371 Victorians in hospital with COVID-19, but that number could grow to up to 2500 by end of the year, according to Burnet Institute modelling.

Earlier on Wednesday, AV’s Mick Stephenson said paramedics had noticed longer delays at hospitals “than we’ve ever had before”.

“Our capacity to respond and our performance has never been challenged as much as it has been over recent weeks,” he told ABC Radio Melbourne.

“If the growth in COVID cases continues, performance will be expected to get poorer unless we can do something about reducing the number of people coming into hospital.”

He said transferring COVID-19 patients had become a major issue for paramedics, and said those with mild symptoms were being sent home.

“This year we’re seeing a significant increase in demand and calls but they’re all standard calls that we would typically take on a day – road traffic accidents, medical emergencies, chest pain, abdominal pain, headaches that kind of thing,” he told ABC Radio Melbourne.

He said there was a benchmark that 90 per cent of triple-zero calls were answered in five seconds but the average wait was currently one to two minutes.

Mr Foley said the state government was addressing demand by beefing up the health care workforce, bringing staff across from other parts of the system, and asking both students and the recently retired to assist.

Additionally, non-urgent patients are being redirected, with some transferred to the private sector. The government is also working with Ambulance Victoria to enhance its workforce capacity.

“The truth of the matter is we are facing unprecedented levels of demand and we need to continue to work hard to build a surge capacity,” he said.

Victorians are urged not to call triple-zero unless it is an emergency.

Victorian child dies while family on hold to triple-zero