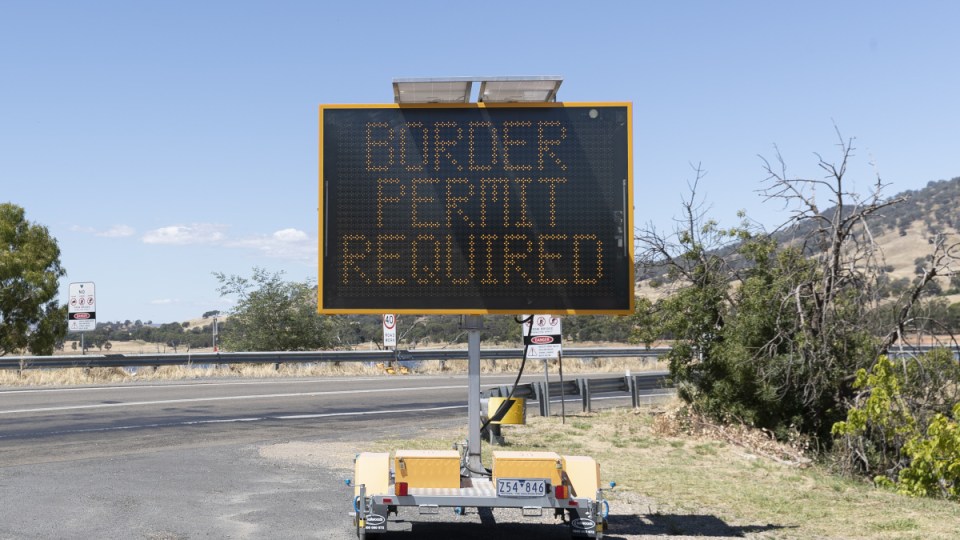 Thousands of Victorians who have spent months locked out of their home state will be able to return home within a week.

Premier Daniel Andrews has announced anyone in NSW who has had both doses of a COVID vaccine and returned a negative test within 72 hours of returning can apply to come back from September 30.

Returnees will have to quarantine at home for 14 days.

Several thousand Victorians are expected to be able to return.

“This is a big step forward. It has been a real inconvenience and challenge for those people and their families,” Mr Andrews said on Thursday.

NSW, which had 1063 local COVID cases and six more deaths on a Thursday, has been declared an extreme zone by Victoria. Cross-border travel is all but banned.

Victoria posted a record daily COVID tally in the 24 hours to Thursday, with 766 infections and four deaths.

The case number surpassed last year’s second-wave peak of 686, which was later revised down from 725 cases due to duplications. It was recorded on August 5, 2020.

The deaths of three men and a woman in Melbourne bring the latest outbreak’s death toll to 20. Victoria has 6666 active infections.

There were 62,408 coronavirus tests processed and 40,957 vaccine doses administered at state hubs on Wednesday, according to the health department.

Elsewhere, anti-vax protesters who have rampaged through Melbourne this week have forced the closure of two crucial vaccine hubs in the CBD, after reportedly spitting on and abusing staff.

Mr Andrews said nurses administering COVID vaccines to vulnerable Melburnians at the town hall in the CBD were spat on by “people pretending to be legitimate protesters” on Wednesday.

“They are vaccinating people, for heaven’s sake,” he said.

“Why would you spit on people who are doing that sort of work? That is ugly. That is uncalled for.”

Victoria Police are investigating the incident. The two CBD clinics – which aim to vaccinate homeless and other vulnerable people – will remain closed until at least Monday.

Melbourne was bracing for another day of protests on Thursday, although the city was still quiet at lunchtime.

A mob of 300 to 400 again swarmed the Victorian capital on Wednesday, despite stay-at-home orders and repeated warnings from authorities. In the afternoon, there was a stand-off with police after hundreds marched through the city to the Shrine of Remembrance.

After about three hours, police riot squad members appeared to fire tear gas, rubber bullets and other non-lethal rounds when the mob became increasingly hostile and refused to leave.

Two officers suffered head injuries after bottles were thrown at them.