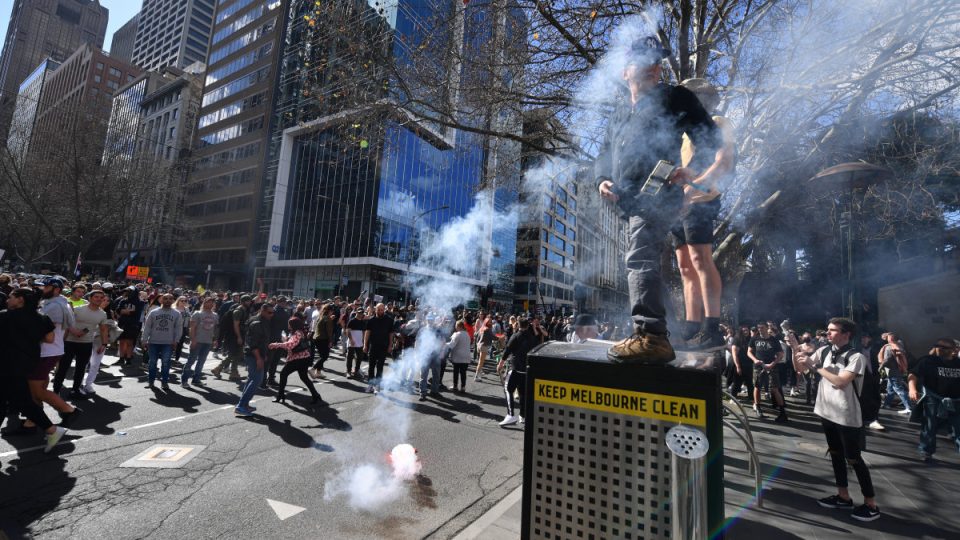 In an effort to thwart a planned “freedom” rally, public transport to and from the city will be suspended from 8am to 2pm on Saturday.

Buses will be directed to bypass the city, trams stopped before returning to their junctions and trains turned back.

Emergency and essential workers will still be able to travel into the city to get to their jobs, with police finalising alternative transport such as dedicated buses.

Mr Andrews said Victoria Police Chief Commissioner Shane Patton had come to him with the shutdown request and he agreed it was necessary after an anti-lockdown protest turned violent on August 21.

“I apologise to anybody who will be inconvenienced by public transport changes,” Mr Andrews said on Thursday.

“It’s not the government that’s inconveniencing you, it’s potentially thousands of people who very selfishly are deciding to protest, as if protests will work against this virus. They don’t.”

More than 4000 people attended the August rally, previously described by Mr Patton as one of the most violent the city has seen in 20 years.

The police chief said intelligence suggested thousands more may be planning to attend this weekend’s protest, in breach of lockdown restrictions.

Some 2000 officers will be deployed as part of Saturday’s police operation, which will also involve barricades, traffic checkpoints and roving patrols.

“The scenes from a few weekends ago were not only ugly, they were unlawful. We’ve all got to take every step we can to try and avoid that,” Mr Andrews said.

Opposition Leader Matthew Guy called on people not to attend the protest.

But he described the public transport shutdown as “heavy-handed”, given it would disadvantage essential workers.

“There are people who are still working, who need the public transport system. That’s going to hurt them,” he said.