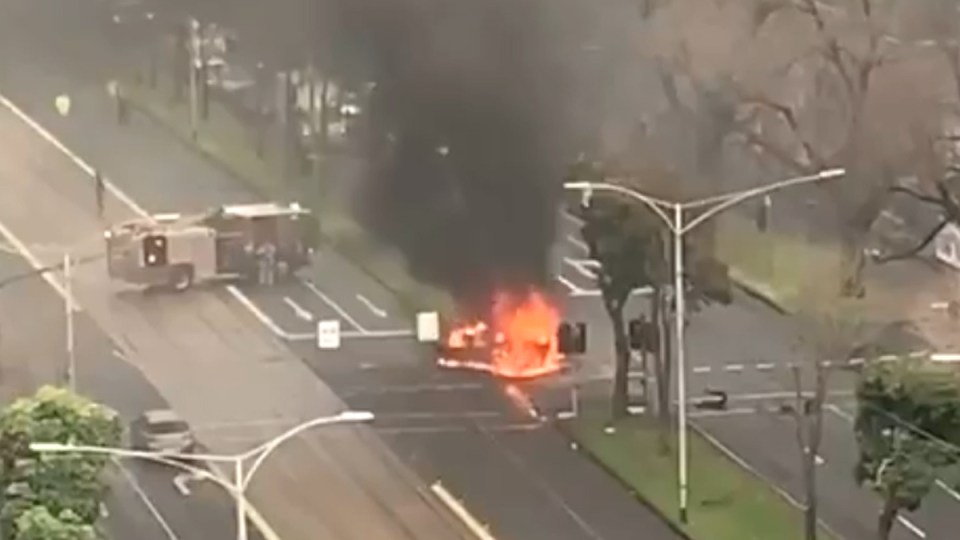 The immediate aftermath of the explosion, in which two people are feared dead. Photo: Twitter

A car has burst into flames after crashing outside Melbourne’s Royal Women’s Hospital, killing two occupants trapped inside.

The car was seen fully engulfed by fire on Flemington Road in Parkville on Friday morning as plumes of black smoke poured into the air.

It was approaching Grattan street when it struck the curb and crashed into a pole outside the hospital about 9.50am, police said.

The driver and a passenger of the car are believed to have died in the fiery crash.

Victoria Police confirmed the incident was not terrorism-related and there is no ongoing threat to the community after witnesses reported hearing an explosion.

The blaze has been extinguished, with the burnt-out car still in front of the power pole.

An AAP photographer said he was moved away from the scene by a police officer who was concerned it may explode again.

Flemington Road is closed in both directions between Harker Street and Grattan Street, as investigators work to establish the exact circumstances of the crash.