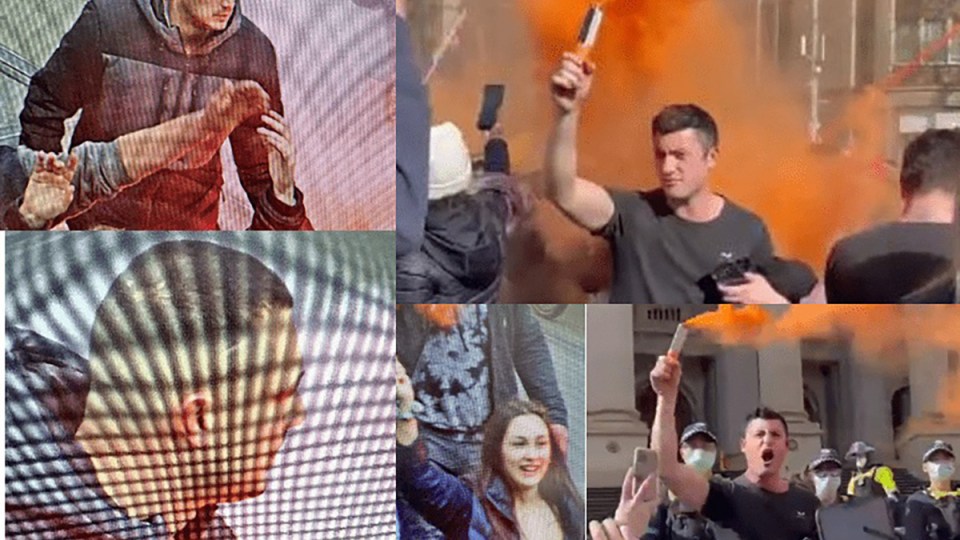 A combined image of the trio Victoria Police are seeking. Photo: AAP

Three people seen holding flares at last weekend’s anti-lockdown protest in Melbourne are being urged to hand themselves into police.

Thousands attended the protest outside Victoria’s Parliament House on Saturday, which was brought to a violent end as police used pepper spray to clear the crowd.

In the days since, fines have been issued to at least 73 people and police have been scouring through hundreds of hours of footage from social media, CCTV and body-worn cameras.

There were several flares set off at Saturday’s event, with police saying it “endangered not only police but people in the vicinity of the incidents”.

On Thursday, police released photos of three people – two men and a woman holding flares – who they wish to speak to over the incidents.

Anyone who recognises any of the protesters in the photos or with information about the incident is asked to contact Crime Stoppers.