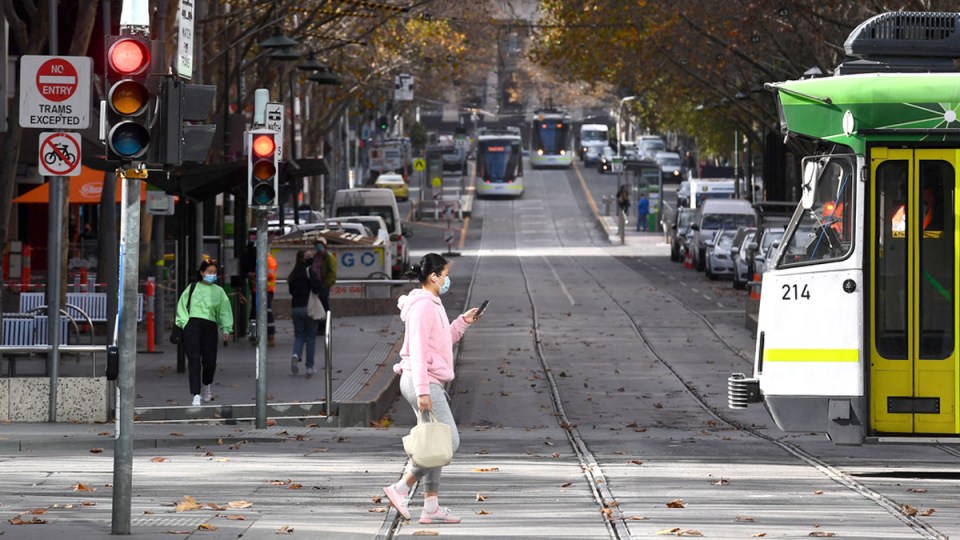 Masks are back in Melbourne as two worrying virus clusters spread rapidly.

Victoria has confirmed 10 local COVID cases as the state remains on edge about the rapid spread of two emerging clusters.

All of Thursday’s cases had already been confirmed by state health authorities on Wednesday, hours before they also made masks compulsory indoors and signalled further restrictions were likely within days.

The daily count registers test results to midnight the previous day, so it is still possible there will be more community infections before an expected update from the Victorian government later on Thursday.

Senior government officials were meeting on Thursday morning to discuss other restrictions such as caps on crowd limits and visitors permitted in homes. No decision has yet been revealed.

With Victoria’s exposure sites ballooning to more than 70 on Thursday, the ABC is reporting that more rules will be introduced, including caps on home visits, but the state will not go into lockdown.

A teacher from Bacchus Marsh primary school is among the new cases. He reportedly attended an AFL match between Carlton and Geelong at the MCG last Saturday with an infected friend who lives at the locked-down Ariele Apartments in Maribyrnong, in Melbourne’s north-west.

The friend, aged in his 60s, was one of four residents of the apartment building to test positive on Wednesday.

He also infected his parents, aged 89 and 90, who live in Craigieburn, in Melbourne’s north.

Bacchus Marsh Grammar has confirmed the infected teacher attended a staff day on Monday but had no contact with students on Tuesday or Wednesday.

Staff have been told to self-isolate and get tested. The school’s Woodlea and Maddingley campuses will be closed for the rest of the week.

Barwon Heads Primary School near Geelong has also been closed until further notice after a case of coronavirus was reported.

Another new case is a man in his 30s who attended Coles Craigieburn at the same time as a member of a family who recently returned from Sydney infected with COVID-19.

The family of four from Melbourne’s north-west were required to self-isolate at home as red-zone permit arrivals, but one visited the Coles and a Metro petrol station in Broadmeadows.

All have since tested positive to the virus, with the fourth infection confirmed on Wednesday.

The Ariele Apartments outbreak is linked to a NSW removalist crew who did a pick up at the complex on July 8 while infectious, forcing 200 residents into 14 days of lockdown.

COVID-19 Commander Jeroen Weimar said the three removalists, two of whom have tested positive, weren’t wearing masks. That is a breach of their workers’ permit conditions.

Meanwhile, two unexpected detections of COVID-19 viral fragments have been found in wastewater samples from Geelong catchments in recent days.

Residents of 11 Geelong suburbs have been urged to keep an eye out for symptoms and get tested if they develop.

The pandemic has taken its toll on Australian nurses, and now hospitals are scrambling for staff
Mask rules return for Victoria as exposure sites grow across states
Today's Stories