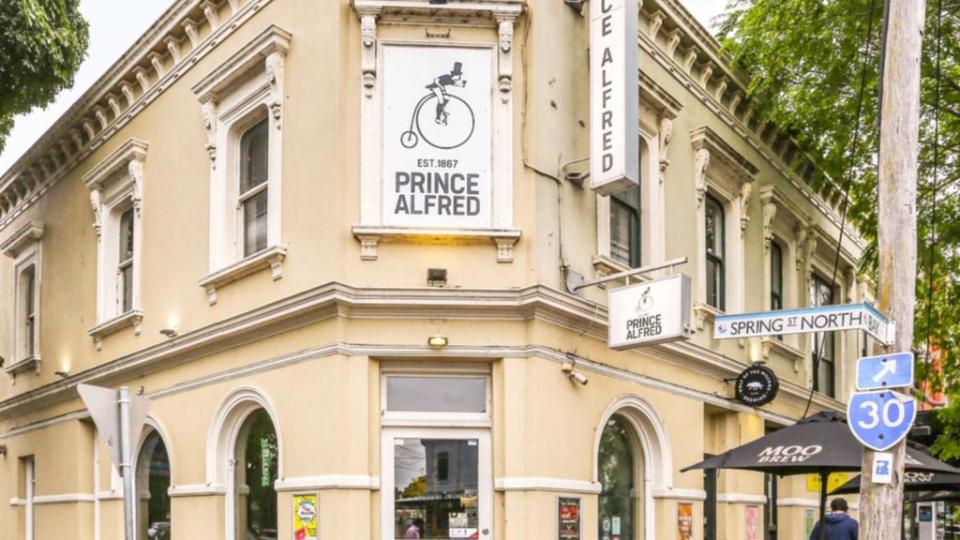 The Prince Alfred Hotel's offer has been frustration by regulations. Photo: Instagram

The Prince Alfred hotel in Port Melbourne ran the offer last week as a vaccination incentive, with patrons offered “a free drink of their choosing — whether it be a pint, a wine , or a house spirit and mixer”.

Publican Tom Streater said it was only ever intended to support vaccinations and help prevent future lockdowns, however the Therapeutic Goods Administration (TGA) took a different view.

“We were just offering what we thought was a pretty fun promotion to encourage people to get vaccinated,” he said.

Asked about the TGA’s intervention on Channel Seven’s Sunrise on Thursday morning, Mr Morrison said he thought it was “a bit heavy handed”.

“Those rules are there for important reasons, so drug companies can’t offer drugs and cigarettes to people to buy their prescription drugs.

The Prime Minister said that he and Health Minister Greg Hunt have since “had a chat” with the TGA to overturn the rule.

“The TGA are just doing their job; those rules are there for important reasons. It’s a sensible rule,” he explained.

“But in these circumstances, the national interest is in getting vaccinated.”

“So to the PA down there in Melbourne, good on you for getting behind the national effort, we’ll get it sorted, common sense will prevail!”

Mr Morrison jokingly suggested the bar’s owners “might want to be careful” as “there might not be enough beer in the kegs.”

CEO of the Victorian Alcohol and Drug Association, Sam Biondo, is adamant the TGA got it right.

“The … problem is incentivising public health responses through the provision of another harmful substance sends a bit of a mixed message,” he said.

“I understand the Prime Minister’s point of view, he’s eager to see people get vaccinated … and that’s fine.

“But he should actually come and visit some of our residential rehab facilities and treatment services … and see what the end result is of prolonged use of alcohol — it’s terrible.”

The matter came to a head on Tuesday, when the TGA contacted the pub and drew attention to regulations which ban the offer of “alcohol, tobacco or registered medicines” as incentives for COVID-19 vaccinations.

“They were great about it, they were just nice folks doing their job,” Mr Streater said.

After the call, he wound down the campaign.

Mr Streater said he was now planning to reintroduce a vaccination incentive, but would make sure it was not tied to alcohol.

“It’ll be food driven … or maybe a percentge off the bill if they come across after a vaccine and have a bite to eat at the pub,” he said.

“So we’ll try and do something to keep encouraging people to get out there and get it done.”