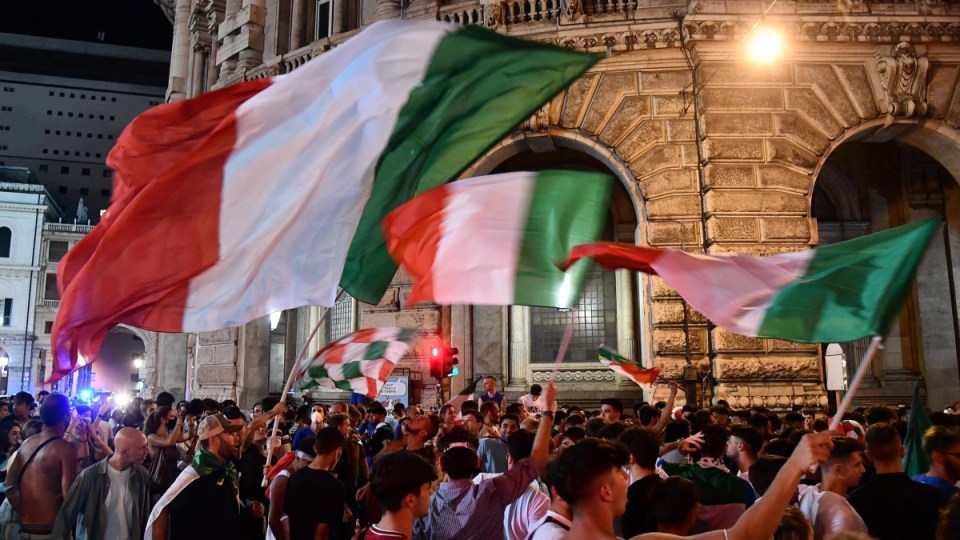 Police are keeping an eye on whether exuberant Italy fans. Photo: AAP

Italy fans celebrating the team’s advancing to the Euro 2020 final have caught the eye of police for lighting flares and possible coronavirus restriction breaches.

Fans of the Italian national team spilled out onto streets following their team’s semi-final triumph over Spain in a penalty shootout which booked their place in the tournament showpiece against either England or Denmark.

“Police are conducting proactive patrols in Carlton this morning in relation to large crowds gathering to watch the European Championship,” Victoria Police said in a statement on Wednesday.

“A number of flares have been let off in Argyle Square which will be investigated by police.

“Police will also investigate if there have been any breaches of the current CHO directions.”

No one has been arrested though, police said.