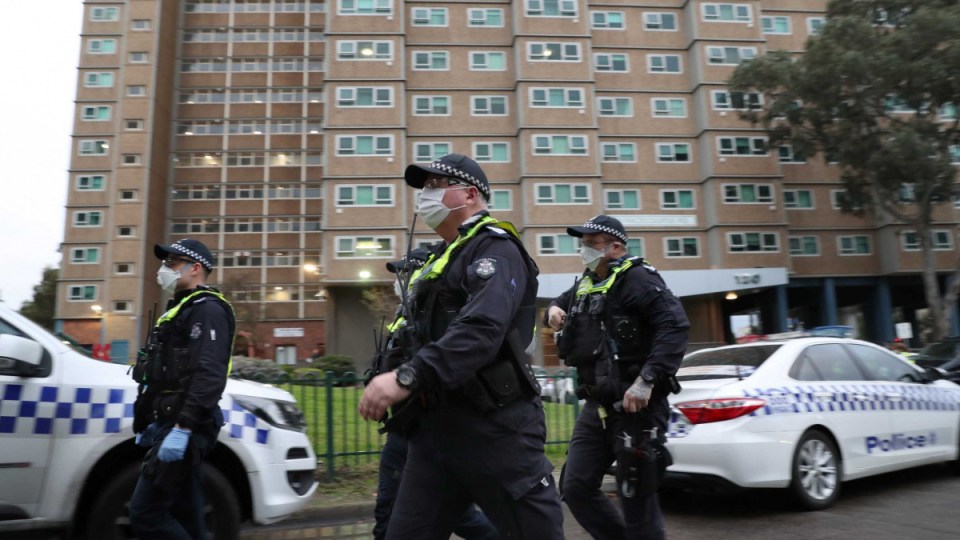 The Victorian Ombudsman found the timing of the lockdown of public housing towers in Flemington and North Melbourne breached human rights. Photo: AAP

A year on from the controversial lockdown of public housing towers in North Melbourne and Flemington, Meriem Sallis feels nothing much has changed at her building.

“They hired a bunch of people to do some cleaning around the building and that was it, we didn’t really hear much from the [health] department or anything,” she said.

Ms Sallis said residents remained fearful that the building would be put into lockdown again if one of them tested positive to COVID-19.

“We are concerned that if there is an outbreak in the building, to not go through that experience again, and a lot of people are questioning, what’s going to happen?” she said.

“It was pretty horrific, it was a traumatising experience.”

Premier Daniel Andrews announced the lockdown of the towers on July 4, 2020, after 23 COVID-19 cases were found across nine public housing estates.

But the move was strongly criticised in a report by the Victorian Ombudsman, Deborah Glass, who found the episode was “deeply traumatising” for many of the residents, particularly those from “war-torn or deeply troubled backgrounds”.

The ombudsman’s report found the lockdown was warranted, given the rising number of COVID-19 cases linked to the towers, but that the timing of the lockdown was not based on public health advice.

The report found health officials expected the lockdown would begin around 36 hours after Mr Andrews announced it, but instead it began almost immediately, leaving many people with limited access to food and medicine.

In her report, Ms Glass said the action “appeared to be contrary to the law” and the government should apologise for the “harm and stress caused by the immediacy of their lockdown”.

Nearly 12 months later, residents are still waiting for that apology.

The ombudsman today said an apology would go “a long way to heal the wounds of many who experienced chaos and confusion as police suddenly surrounded their homes”.

“It continues to be the only lockdown, before or since, announced with no notice whatsoever — and giving rise to the obvious impression it was made on the grounds of security rather than public health,” Ms Glass said.

“I continue to make it clear that I did not recommend an apology for the lockdown itself — the government need not apologise for taking necessary action to keep us all safe.

“It was for the immediacy of the lockdown, that we found was not based on direct public health advice.”

“We continually hear about the distrust, hurt and sadness being experienced by the community as a result of being singled-out; an apology that acknowledges the unfair, differential treatment would go a long way towards healing the harm, restoring trust and rebuilding broken relationships,” she said.

IMCL wants the state government to accept all the recommendations of the ombudsman’s report, including introducing independent oversight of state emergency powers, and engaging the Anti-Racism Taskforce to investigate stereotypical assumptions about public housing residents.

“A year on we call for the state government to accept and act on all the Victorian Ombudsman’s recommendations and to implement checks and balances to prevent a recurrence of the events of July 2020,” Ms Morales said.

“No-one wants to see what happened to them occur to anyone else, but there’s no guarantee.

“Currently there is no truly independent oversight to ensure the state of emergency powers are being used appropriately and … consistently with our human rights.

“We are pleased the state government is working to amend these laws, and are keen to work with them to embed human rights protections and review mechanisms.”

The state government said at the time the ombudsman’s report was released in December 2020 that it accepted mistakes were made but made “no apology for saving people’s lives”.

The government also rejected the report’s finding that it acted illegally, saying the urgency of the situation meant there was no option but to act quickly.