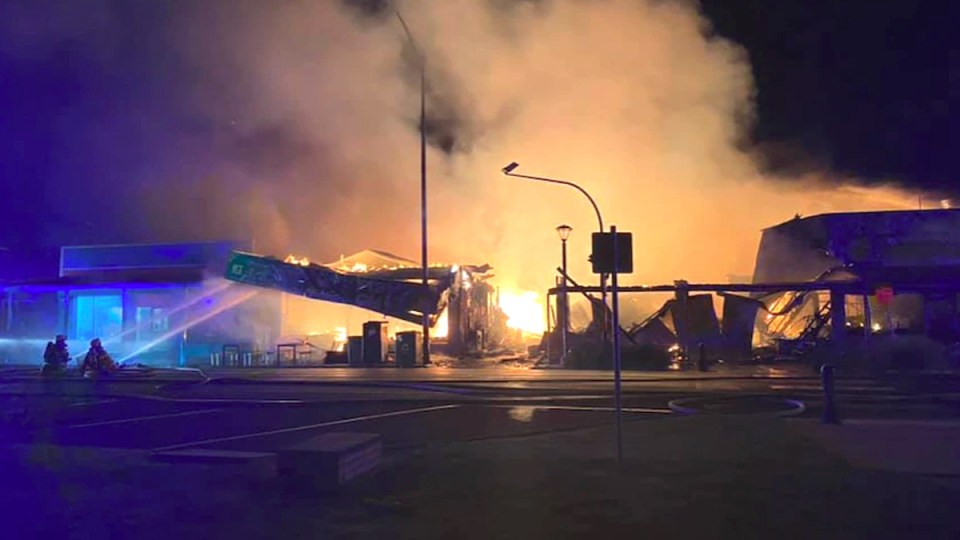 Residents and the guests at a nearby hotel were evacuated after the fire started. Photo: Supplied

A motel in the south-west Victorian town of Apollo Bay was evacuated early on Wednesday after three neighbouring shops caught fire.

The cause of the blaze, which lit up the night sky in the popular tourist spot about two-and-a-half hours west of Melbourne, is not yet known.

Emergency services were called to the town’s main street at 3.17am following reports that a restaurant had caught fire.

Guests were evacuated from a motel next door to one of the buildings and nearby residents also left their homes.

VicEmergency issued an advice-level alert for Apollo Bay before the fire was brought under control more than three hours after firefighters arrived.

Eleven CFA crews fought the blaze at its peak and were backed up by Fire Rescue Victoria teams.

A hazmat unit was also called in to assist with chemicals found in one of the buildings.

Photos from the scene show the town’s Chinese restaurant and fish and chip shop on fire, with reports the neighbouring hardware store was also impacted.

Authorities say smoke from the fire may be visible from roadsides, but there is no threat to the Apollo Bay community.