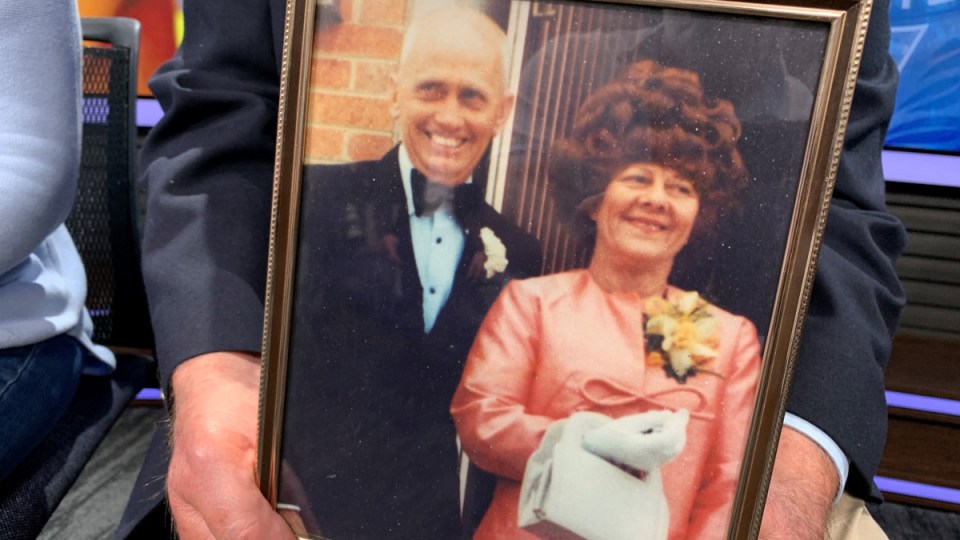 A man has been arrested over the 1989 murders of Doris McCartney and her brother Ronald Swann. Photo: Supplied

A man has been arrested over the brutal murders of a brother and sister in Melbourne more than 30 years ago.

Doris McCartney, 71, and her brother Ronald Swann, 69, were found dead at their Moorabbin home in October 1989.

A 58-year-old Rowville man was arrested on Thursday, following the offer last week of a $1 million reward to help solve the case.

The man is being interviewed by detectives and no charges have been laid.

Mr Swann was Ms McCartney’s carer as she was hearing impaired. Her husband died in 1979.

They had been assaulted but police did not know who killed them or why.

“I promised this fella I’d look after her — I failed,” said Doris’ son Ian McCartney, as he pointed to a photograph of Doris and her husband.

“There’s not a day in 31 years that I haven’t thought about it.

“Please, use your conscience before you go and give us some peace,” she said.

“I just appeal to you please, if you know anything please come forward no matter how insignificant you think it is. Please, I beg you.”

Despite an exhaustive investigation spanning three decades, detectives said there hadn’t been enough evidence to charge someone.

However, after reviewing the case two years ago, new information came to the fore, leading the Homicide Squad’s cold case team to believe they are close to realising the identity of the killer and the motive behind the attack.

“With that [review] and the advancement of investigative techniques, we’re fairly satisfied that we have a really good opportunity to solve this matter,” Detective Inspector Tim Day said.

“I think history has shown that a fresh set of eyes on a file often yields rewards.”

The brother and sister were found dead by a friend.

Police previously said the duo had been attacked and there were no signs of forced entry to the home.