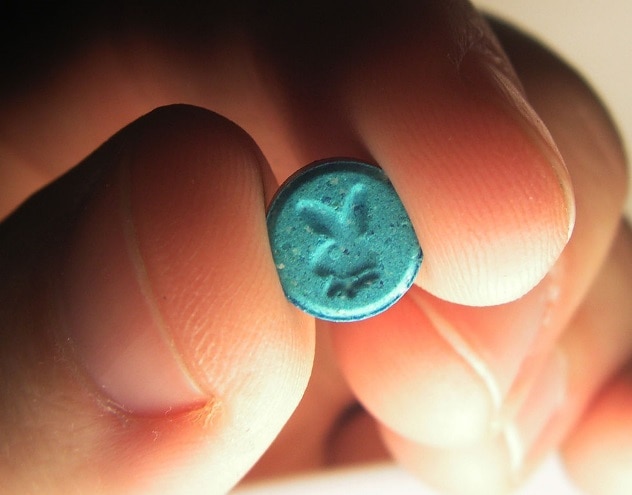 The men thought they were taking MDMA but it was a new psychoactive drug. Photo: Supplied/ Curtin University

The Victorian coroner has recommended the state government urgently introduce drug testing for the first time, after the deaths of five young men who thought they were taking MDMA.

WARNING: This story contains details that may be distressing to some readers.

The men, who were between the ages of 16 and 32, died in five separate incidents between 2016 and 2017, after ingesting what contained a dangerous combination of two new psychoactive substances.

The findings revealed each of the men acted erratically after taking the drugs, including headbutting walls and furniture, and experienced hallucinations and paranoia.

One of the men leapt to his death from a 10th floor balcony at his Melbourne CBD apartment.

Coroner Paresa Spanos called for the Victorian Department of Health to urgently implement a public service to check the content and purity of illicit drugs.

“For as long as illicit drug use exists in the community, Victorians will continue to be exposed to the risks of unregulated drug markets,” she said.

“The successful operation of drug early warning systems internationally, coupled with submissions from those working in harm minimisation, demonstrated that these evidence-based interventions could save lives.”

It follows the NSW coroner recommending pill testing be conducted in NSW in 2019 after an inquest into the drug-related deaths of six young people aged 18 to 23 at music festivals over two summers.

James had never ‘felt a trip like this before’

In all five cases, the men did not know they were consuming the lethal psychoactive substance which was a combination of a synthetic hallucinogenic 25C-NBOMe and a stimulant known as 4-fluoroamphetamine.

James, who was 23, took a capsule of what he thought was MDMA at his Melbourne CBD apartment in January 2017.

“He began to act erratically and kept saying he had ‘never felt a trip like this before’ and kept apologising for being naked when he was fully dressed,” the findings said.

“At about 4.00am, while four others were talking on the tenth-floor balcony, James came onto the balcony, said ‘f*** this’ before jumping over the railing without hesitation.”

James fell onto the scaffolding of an adjoining construction site.

Emergency services were called but James died at the scene.

Anson had a seizure and died of cardiac arrest

Six months earlier, 16-year-old Anson went to his friend’s house and snorted a powder through a rolled up note, with extreme symptoms following half an hour later.

“Anson appeared to having a ‘flashback’ or thought he was running away from something, he called out ‘boys, stop’ and then ‘no, no no’ and fell backwards on the bed and had a seizure that lasted for about ten minutes,” the findings said.

“Once the seizure was over, Anson began to cough and gag and later vomited. He asked for water repeatedly and kept banging against the headboard.”

His friends called paramedics after Anson smashed his arm through a window and suffered a serious gash to his elbow, which would not stop bleeding.

He eventually died at the Sunshine Hospital Emergency Department after suffering cardiac arrest.

Jordan died on Christmas morning in 2016, three days after he took the substances at a friend’s house.

Jason suffered numerous seizures after inhaling a powder and was unable to be resuscitated in January 2017.

And Ilker died in similar circumstances after becoming unconscious sometime after using the drugs in December 2016.