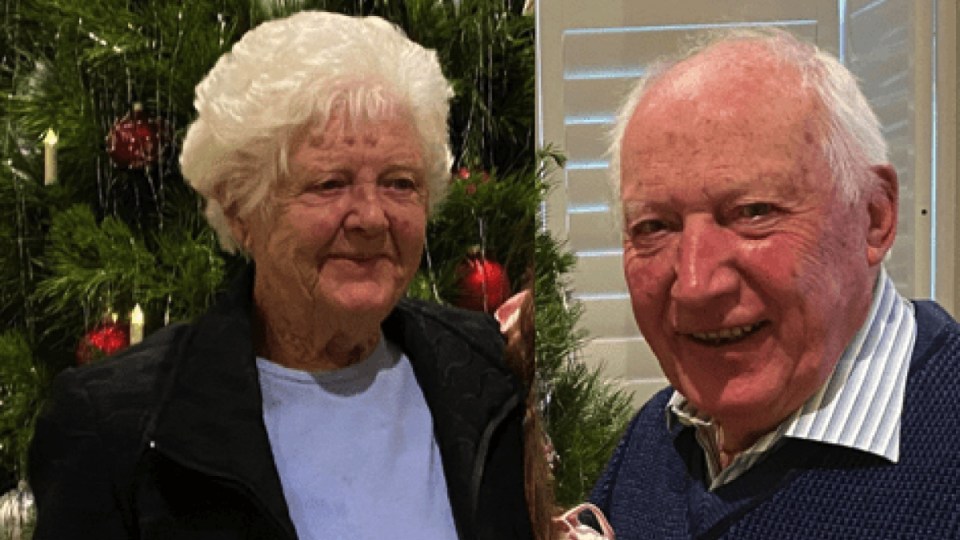 Melbourne couple Otto and Gerda have been found in their car more than 350 kilometres away from their home in Melbourne's southeast. Photo: AAP

A missing elderly couple have been found in regional Victoria, hundreds of kilometres away from their Melbourne home.

Otto and Gerda, both 87, were found in their car in the township of Woomelang, in Victoria’s northwest, by a member of the public about 8am on Thursday.

Woomelang is more than 350 kilometres from their Bentleigh home.

Dennis, a retired panel beater, said he and his wife Anita found the car on their morning walk.

“We came across this car, this gold Lexus, and I said to Anita ‘that looks like the car that was on the telly last night, the people that are missing’,” he told 3AW.

“The thing was, we don’t always walk down the back lane in the morning. If that car had been parked in the street, we wouldn’t have taken any notice.”

He said they found Gerda sitting in the car and Otto walking along a nearby street.

“We were very pleased how well this lady was. She was quite with it, talking.

“Otto was okay, but he didn’t have a clue where he was or what was going on, because he didn’t think he was lost either, I don’t think.”

The couple’s daughter, Sylvie Schwarz, has thanked police, the public and media for helping find her parents.

“We have been reminded what a close and caring community Victoria is in looking out for each other,” she said in a statement issued through Victoria Police.

The couple had last been seen leaving a car park in Melbourne’s CBD in their gold Lexus sedan on Tuesday night.

The alarm was raised after Otto failed to attend a medical appointment on Wednesday morning.

Police on Thursday said the couple’s car was spotted bogged near a lake north of Rainbow, 400 kilometres from Melbourne, about 5pm on Wednesday.

There was also a further sighting of the pair near the Birchip-sea Lake Road about 9pm.

They will be assessed by paramedics before being reunited with their loved ones.