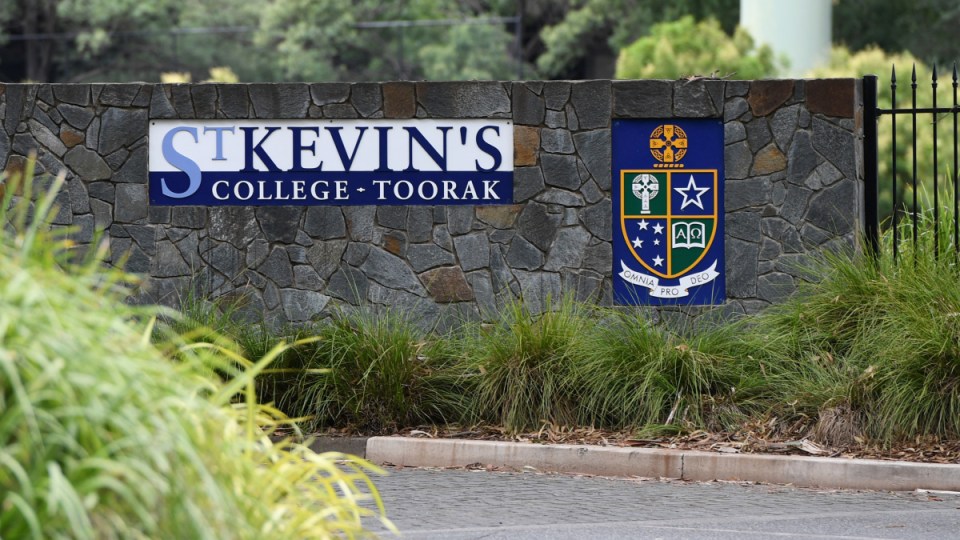 A former teacher at the elite Melbourne Catholic school, St Kevin’s College, has been charged with criminal offences over alleged conduct with a student.

Michael Junkovic is expected to face the Melbourne Magistrates’ Court on Friday after being charged by Victoria Police.

It will be his first appearance.

Mr Junkovic was a staff member at the Toorak private school between 2014 and 2018.

No further details were available on the charge or charges faced by Mr Junkovic.

St Kevin’s College principal Deborah Barker wrote to school parents on Wednesday to tell them the former staff member had been formally charged with criminal offences.

“In February 2020 a matter concerning Mr Junkovic was reported to the college and in keeping with our policies, the college immediately informed the Victorian Police, the Commission for Children and Young People, as well as to the principal of Carey Grammar, Mr Junkovic’s most recent workplace,” she said.

Ms Barker said she was informed on Tuesday that Mr Junkovic had been “formally charged with criminal offences in relation to his alleged conduct with a student during his employment at St Kevin’s College”.

“By being proactive and transparent in addressing these issues, as painful as it is for us as a school community, we will ensure that we continue to build a safe environment that promotes student wellbeing, learning, faith and fullness of life.”

“We are on a journey as a school community, which will continue, as we address these issues and work to keep our students safe.”

She said the college’s psychologists were available to support students if needed.

Teacher at prestigious Catholic school charged over conduct with student