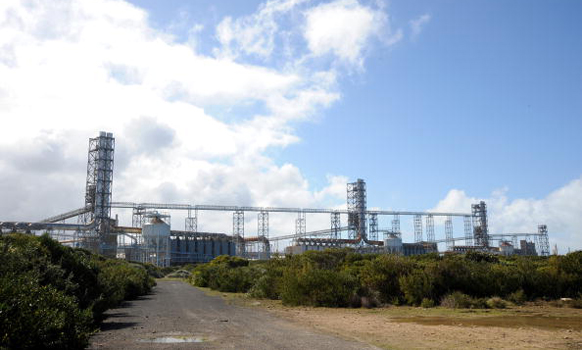 The jobs of hundreds of workers will be saved at an aluminium smelter in Victoria thanks to a $76 million government deal to secure its electricity supply.

Prime Minister Scott Morrison confirmed the underwriting commitment, with the public money to be spent over four years.

The fate of the smelter in the state’s south-west has undecided since United States-based Alcoa unveiled plans to divest up to $1 billion of assets and close down facilities around the world to improve its bottom line and cut greenhouse gas emissions.

Under the deal, AGL, Alinta and Origin will supply power for the Alcoa smelter so it can remain open for at least another five years.

“We’re very committed to ensuring Australia has a future in heavy industry, making things here in Australia, whether it be aluminium or steel or whatever it happens to be and how it works into our advanced manufacturing industries right across the country,” Mr Morrison said in Portland on Friday.

“The other big challenge we’ve got is we’ve got to keep the lights on. That means we need reliable energy to drive our industries but also to keep our cities’ lights on as well.”

“We backed Portland workers four years ago and we’re still backing them today – because every single regional job matters to a Victorian family and they matter to us,” he said.

The Portland aluminium smelter is the biggest employer in the south-western Victoria.