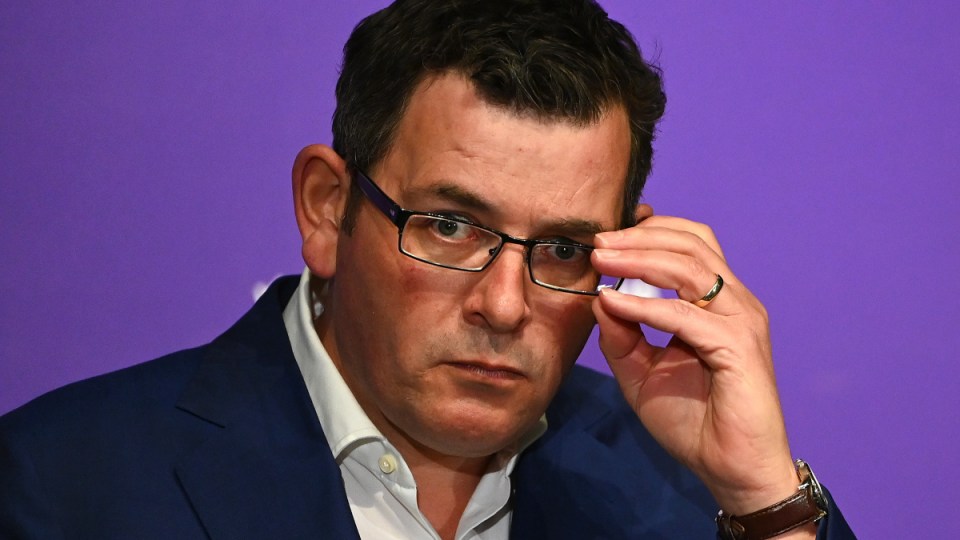 Daniel Andrews broke ribs and damaged his back in Tuesday's fall. Photo: Getty

Victorian Premier Daniel Andrews is in intensive care in a Melbourne hospital, with several broken ribs and damaged vertebrae after a frightening fall on Tuesday.

“Early this morning, I was admitted to hospital after slipping and falling on wet and slippery stairs,” he said.

“A CT scan has revealed several broken ribs and vertebrae damage, and subsequent medical advice recommended I remain in intensive care for the next few days.”

Earlier, a Victorian government spokesman said Mr Andrews had been taken to hospital for X-rays after falling while getting ready for work.

The spokesman said Mr Andrews, 48, did not suffer a head injury but the fall was “concerning”.

Despite earlier reports that the Premier was not taken to hospital in an ambulance, Mr Andrews said he and his family were “extremely grateful to the Ambulance Victoria paramedics who showed such care and kindness”, and also to the clinicians who had treated him.

The news conference was held to announce a landmark truth and justice royal commission as part of Aboriginal treaty talks.

“I know around the cabinet table and speaking to Dan privately how passionate he is about this day and about this announcement,” Mr Merlino said.

“It would only have been a trip to the hospital that would have kept him away.”

Mr Merlino will be acting premier “for the next few days”, according to Mr Andrews’ statement.

Mr Andrews also thanked the “many family members, friends, colleagues and Victorians who have sent messages of love and support”.

By Tuesday afternoon, well wishes were rolling in from around the state and the country.

NSW Labor leader Jodi McKay sent her thoughts, along with praise for her Victorian colleague’s handling of the coronavirus pandemic.

“Our thoughts are with Daniel Andrews as he recovers in hospital. Dan has led his state with distinction through COVID and NSW Labor wishes him the very best,” she wrote.

“Hope it’s not serious,” he wrote.

Victorian Greens MP Ellen Sandell also sent her best wishes to Mr Andrews and his family, hoping for a “quick exit from ICU”

Mr Andrews has been Premier of Victoria since 2014 and was acknowledged for his commitment to the state during the 2020 COVID crisis, fronting more than 100 daily press conferences in a row, often at the podium for more than 90 minutes.

There was one confirmed case acquired overseas.

Daniel Andrews in intensive care after falling on stairs