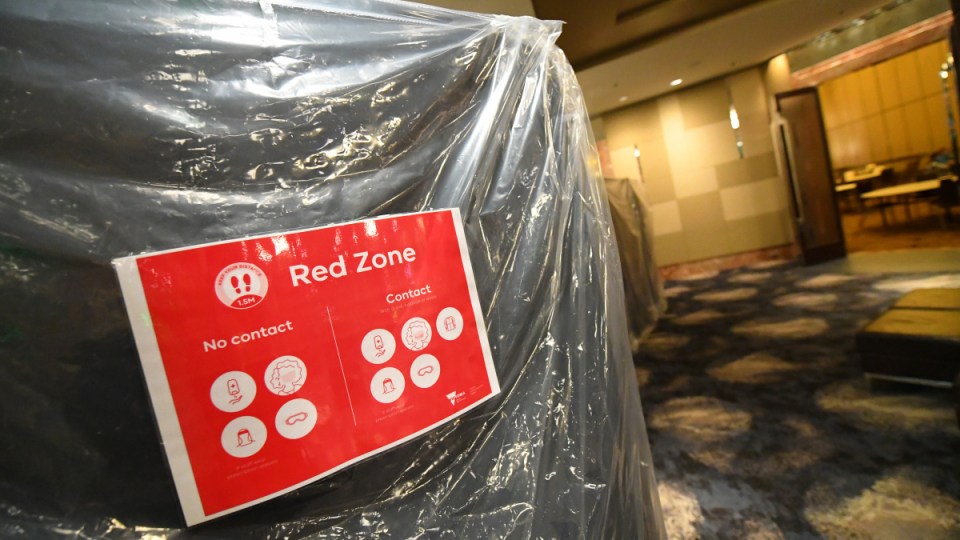 Police say the man did not breach quarantine, although he made it as far as the hotel's seventh floor. Photo: AAP

Everyone wants out of hotel quarantine – now a man has been arrested in Melbourne for trying to get in.

A 29-year-old is in police custody after he was caught entering a quarantine hotel on Collins Street early on Friday.

Victoria Police Assistant Commissioner Luke Cornelius said the man did not breach quarantine in the hotel.

“Our information is that there was no breach. Some people from that hotel had opened the roller doors to put the bins out and … at that point [he] has gained access,” Mr Cornelius said.

“Police responded, he’s been arrested and is now having the benefit of some 14 days accommodation.

“What you saw is our perimeter security working.

“I understand he was a homeless person looking for an opportunity to improve himself.”

Police said a man triggered a motion alarm in the hotel’s fire escape stairwell before 2.45am and was observed opening the door onto level seven soon after.

The man fled the hotel and was arrested nearby, police said, adding the man did not enter any quarantine red zones or guest or staff rooms, and did not have any stolen property.