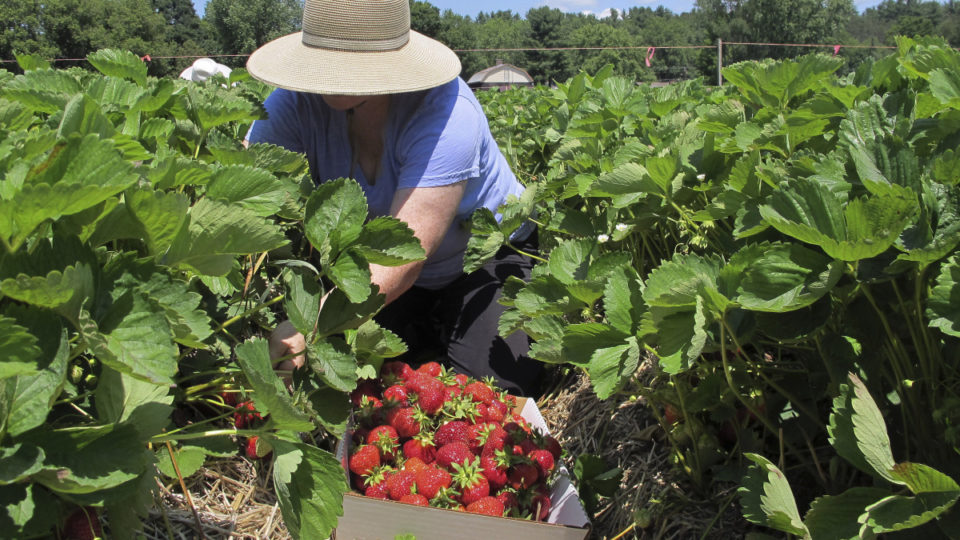 The Tasmanian and Victorian governments have brokered a quarantine-swap deal in an effort to address a shortage of farm workers and bring home more stranded Tasmanians.

Tasmania has agreed to quarantine farm labourers heading for the Victorian harvest, while Victoria will provide quarantine facilities for Tasmanians wanting to return from overseas.

An initial 1500 workers from the Pacific Islands will undergo quarantine in Tasmania before taking up harvest work across Victoria.

Tasmania has committed to the program for the first half of 2021, with the cost of the farm worker quarantine shared by the Victorian government and the farm industry.

In return, 330 Tasmanians who are stranded overseas will undergo 14-day quarantine in Victoria’s hotel quarantine system, paid for by the Tasmanian government.

Victorian Premier Daniel Andrews says Victorian growers are looking at a bumper crop this season and the arrangement should help with the pressure of finding farm workers.

“This is a critical step towards filling that workforce gap and ensuring fruit and vegetables don’t go to waste,” he said.

The Victorian government has faced some criticism for refusing to allow on-farm quarantine for overseas crop pickers.

Tasmanian Premier Peter Gutwein said the arrangement would not impact the supply of seasonal workers on Tasmanian farms.

But the states still need the federal government to sign off on the deal.

Victoria’s Minister for Regional Development and Agriculture Mary-Anne Thomas has pushed for a quick turn-around for visa approval, saying she hoped the workers would be on farms by the end of next month.

While the deal would be welcomed by growers, she said there was still “more to be done”.

“I call on the federal government to expedite processing of visas for these workers so that we can get our Pacific Island neighbours on-farm as soon as possible,” she said.

Ms Thomas said in normal years, the majority of seasonal workers were backpackers from countries now “devastated” by the pandemic, which meant they would not be coming this year.

“We are not going to sacrifice the health of Victorians soon,” she said.

Attracting local workers to address critical labour shortages on farms has been a problem for much of the country, with harvest underway in many parts.

Only 350 people have signed up to a federal incentive program that pays $6000 relocation bonuses to local workers who take up picking jobs.

In Queensland, a state government scheme offering $1500 for temporary relocation to pick crops attracted just 85 people, with almost all of them quitting before the end of the eight-week program.